Peter
I enjoy being in Texas

Peter Frinchaboy says he has always been interested in astronomy, even as a young boy. He had a small telescope and enjoyed looking at the Moon. He also read science fiction books, which further piqued his interest in astronomy.

Peter went to Sacramento State University and was originally an architecture major. After taking some of the required physics classes, he says he realized he was more interested in astronomy and physics. He went on to get a degree in physics.

Peter then went to the University of Virginia to get his master’s degree and doctorate in astronomy. He then did postdoctoral research at the University of Wisconsin. Currently, Peter is now an assistant professor at Texas Christian University.

“I enjoy being in Texas but I miss my family and my wife’s family, who are both in Sacramento,” Peter said.

Peter met his wife in high school, and they have been married for 11 years. He says he spends most of his free time with his kids, who are currently six years old and one and a half.

Peter currently does research on stars in open clusters. When he travels to observatories for research, he says he likes to listen to books on tape to help him stay awake through the observing runs. 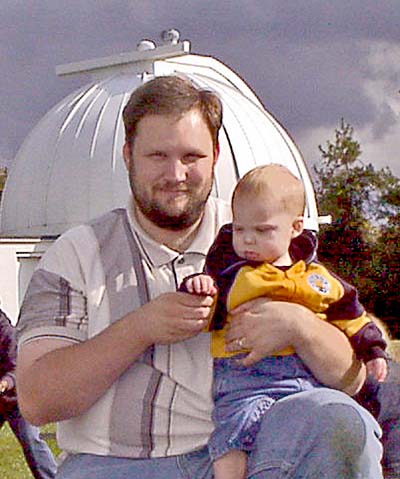