In the search for the origins of stars and planets, there are few who can match the invested time, interest, and enthusiasm of astronomer Neal Evans.

His newest project will provide insight into the formation of low-mass stars and their accompanying planets, using data from NASA's newest Earth-orbiting observatory, the Spitzer Space Telescope. The Spitzer is sensitive to infrared light, and will be used to gather information on regions opaque to visible light. Neal works with a team of 50 scientists from around the globe on this project.

Neal's interests, however, are not solely in stars and planets. He has long been intrigued by how life, intelligence, and even technical civilizations have come to be. Neal's interest in these subjects is in understanding how they became what they are today, whether that process might occur elsewhere, and how the outcome might differ. He frequently teaches a seminar that compares ideas about origins drawn from philosophy, religion, history, and science, exploring the different perspectives that each field of inquiry contributes.

Neal is particularly well suited for this seminar, which falls into an honors Liberal Arts degree program at The University of Texas, due to a long-standing interest he has in the study of English. This interest dates back to his years as an undergraduate at Berkeley. Before settling into physics, Neal considered pursuing a career in English, and has maintained a close affinity for the subject.

After graduating with a bachelor's degree in physics, Neal went on to receive his Ph.D. in 1973, and did a year and a half of post-doctoral work at Caltech. Although initially interested in high-energy and particle physics, he was dissuaded from entering these fields by the large groups of collaborators, often hundreds of researchers, that had begun to dominate many aspects of research in those fields. He became interested in astrophysics and worked with a research group started at Berkeley by Nobel laureate Charles Townes.

The journey outweighs the destination

Neal joined The University of Texas faculty in 1975, and has worked here since. In addition to his research and coordinating work for the Spitzer project, Neal teaches several astronomy courses at the University, including a class about the search for extraterrestrial life. As with his honors Liberal Arts seminar, one of his overarching goals in teaching these classes is to share his interest in how things have come to be â€“ an interest that takes precedence over the facts of how things are. For Neal, and his students, the journey is more important than the destination.

Neal's personal life is as varied as his professional. He's an avid reader of both fiction and nonfiction, and has a particular interest in novels. He and his wife Leslie enjoy backpacking and hiking in the Sierras and Cascades of the west coast and in the Rocky Mountains. They hope to visit the Appalachian Trail some time in the near future. 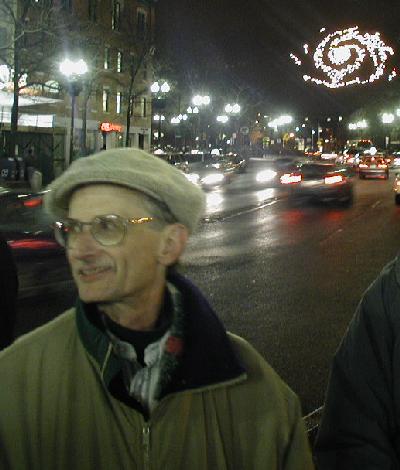