Carlos
Carlos Allende Prieto
Institution:
University of Texas at Austin
This could be exciting!

Growing up in Northern Spain, Carlos Allende Prieto went to many schools there including the Universities of Oviedo, Santander, and La Laguna. His wife Elena is also from Spain.

When it was finally time to pick a discipline of further study, Carlos says he was drawn to astronomy. He had always enjoyed physics and says he thought that astronomy was "exotic and weird." He said to himself, "This could be exciting!" and now each day at work he finds that intuition to be true.

He moved to Austin to the University of Texas as a W.J. McDonald Postdoctoral Fellow. His research interests include spectral line formation and model atmospheres and the structure and evolution of the Milky Way. 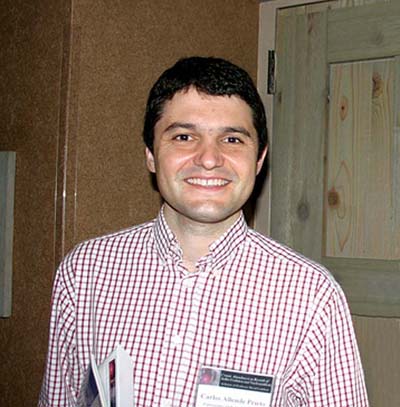