The explorers of old forged into new lands and uncharted territories, pursuing conquests for their queens and kings and forming a legacy of adventure to follow them for centuries to come. Over the next few hundred years, the feats of these explorers will slowly be forgotten and replaced with those of the likes of Bill Cochran, an astronomer at The University of Texas.

Like his counterparts during the age of discovery, Bill also charts unknown territories. Unlike them, he does this from the confines of a telescope control room, searching for planets around stars other than the Sun. "You can discover new worlds," says Bill, "very strange and interesting worlds."

"I had no interest in astronomy as a kid."

Bill was born and raised in Schenectady, New York. He says he enjoyed camping and hiking and, in high school, wrestling on the varsity team. His colleagues often were amateur astronomers as children, but, Bill says, "I was the opposite. I had no interest in astronomy as a kid."

As a student at Duke University, Bill first tried his hand at engineering but quickly found, "No, that's not it." He liked physics, but Bill wanted to pursue some particular application of the physical sciences. He first tried biophysics because "it was an up and coming field," but a single biology course swayed him from this path. "Astrophysics sounded good," but Duke didn't offer any astronomy courses. During one summer at home, Bill enrolled in an astronomy course at the local university and, right away, was hooked. He then decided to study astronomy in graduate school and went to Princeton where he would finish his Ph.D. in four years.

"They haven't thrown me out."

After graduation, Bill came to Texas to work as a postdoctoral researcher with Larry Trafton. Since coming here, "they haven't thrown me out," says Bill who is now a Senior Research Scientist who often uses McDonald Observatory telescopes for his research.

Also, during his time as a post-doctoral researcher, Bill worked with a young woman, Anita. Soon thereafter she become his companion and wife. Together, they enjoy square dancing, cycling (about 30 miles per week) and oenology, the art and science of wine tasting. Bill and Anita have been married more than twenty-five years.

These days, Bill is forging ahead with his program of exploration and employing the help of others. Current and former graduate students have devoted many hours of work under his tutelage and guidance. With their work, we look forward to learning of their "new and interesting worlds." 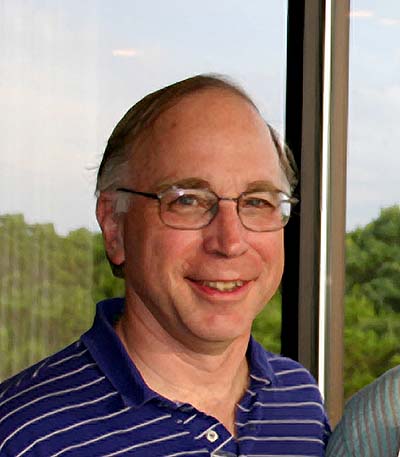