Gary
Institution:
UT
Who is your model astronomer?

Ever think about who is your model astronomer? How about a person who likes music, is in awe of old cathedrals, and first became interested in astronomy while having his appendix removed? Well, Gary Hill, a senior research scientist and Chief Astronomer for McDonald Observatory, is all of these things and more.

Gary was born in Leeds, in northern England, the son to an architect and dress designer. As a child, his interests included model airplanes, marine biology, and ornithology, the study of birds. He attended a large new Comprehensive School, where, as Gary says, he "benefitted from many very eager teachers before they got beaten down by the system."

On a field trip to Oxford University, young Gary spoke with a marine biologist there about his interests in her area of study. However, she quickly warned Gary, "Don't do biology." She advised Gary that the study of physics and mathematics would prepare him for work in other areas, even marine biology. As he took physics classes the next year, Gary found that he had quite a knack for solving the problems put forth in physics. In fact, he found that these problems were even fun to solve.

While having his appendix removed.

As a young teenager, Gary had his appendix removed, and, while in the hospital, he began reading a book on astronomy by Isaac Asimov. Gary learned that his skills in physics could be applied to learn more about phenomena in astronomy. Especially, he was interested in the properties of neutron stars. This newly found fascination solidified Gary's plans to study physics as an undergraduate student.

A young but courageous student.

As a student in his second year at Oxford University, Gary sent letters to observatories around the world, requesting summer positions. After receiving offers from observatories in Green Bank, West Virginia, and New Zealand, Gary decided to go to Steward Observatory in Arizona. While at Steward, Gary discovered that he enjoyed working with astronomical instruments and decided that he needed to attend graduate school in the United States to pursue this interest. He graduated from Oxford in 1983 and left for The University of Hawaii.

"Through our mutual interest in music."

As a graduate student, Gary was disappointed because there were no opportunities to work on astronomical instrumentation. However, he did gain valuable experience in cosmology, the study of the properties and evolution of the universe as a whole. Also, while at The University of Hawaii, he met his wife, Yoshie Hasumi, through their mutual interest in music. After graduating in 1988, Gary and Yoshie moved to Austin, Texas.

Gary came to The University of Texas as The McDonald Postdoctoral Fellow, a prestigious research position, but, says Gary, "The instrumentation was too inefficient to do any of the projects I wanted to do." This prompted Gary to build his first instrument, the Imaging Grism Instrument (IGI).

At the time, IGI was supposed to be a short-term instrument. Basically, Gary says, he was told, "Here's 5,000 bucks. Do what you can with it." However, IGI is now one of the more heavily used instruments at McDonald even though it is more than a decade old. Subsequently, Gary led the team which built an instrument for The Hobby-Eberly Telescope -- the Low Resolution Spectrograph.

In his spare time, Gary enjoys the diverse live music scene in Austin. Gary also enjoys traveling around Europe and Japan. In particular, he has an appreciation for the cathedrals, temples, and mosques constructed many centuries ago. "The ability of people to build these enormous structures without any formal training in engineering is amazing," he says. When he's not building instruments, studying cosmology, catching a band, or traveling around the world, Gary finds that working on his house in Austin is "a full-time job." 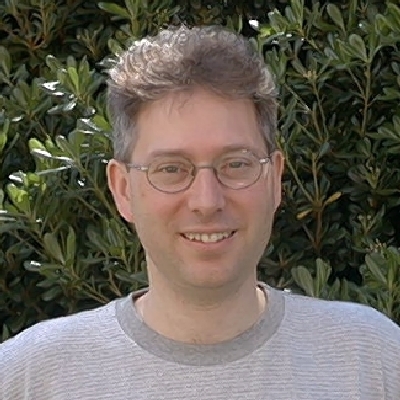