Paul
Institution:
University of Texas at Austin
Been in physics and astronomy since elementary school.

Paul Harvey grew up in the suburbs of Philadelphia, Pennsylvania with two younger brothers. His dad was a mechanical engineer, and his mom was a draftswoman. From a young age, he was interested in science. "Been in physics and astronomy since elementary school," says Paul, who, in junior high, built his own telescope. Today, he continues to build instruments for telescopes both on the ground and in the air. In particular, he has constructed spectrographs for use at McDonald Observatory and at observatories on Hawaii's Mauna Kea.

Paul attended Wesleyan University in Middletown, Connecticut, for his undergraduate degree in physics. From Connecticut to California, Paul traveled to continue his studies in physics at the California Institute of Technology in Pasadena. He earned his Ph.D. from Caltech in physics, but his dissertation focused on astronomical observing and instrumentation. Paul then worked at the University of Arizona for seven years as a postdoctoral fellow and then as a research scientist. After his work in Tucson, Paul came to Austin, Texas, where he was a professor of astronomy before switching to a full time research career.

Paul's interests in astronomy center around instruments that work in the infrared region of the electromagnetic spectrum. Some of these are part of space missions, such as Spitzer Space Telescope and Hershchel. For the Spitzer, Paul was a leading co-investigator in a major project to observe star-forming regions. He is a scientific advisor or mission scientist for the Herschel Observatory. In the past, Paul has worked with the Kuiper Airborne Observatory, an airplane that was equipped with an infrared telescope.

Paul enjoys rock climbing and downhill skiing. In a trip to Mount Rainier, an active, snow-encased volcano in Washington, Paul and some friends were climbing the 4,000 meter peak when two of their group fell into a crevasse and the "climbing party became a rescue party." Certainly, Paul's dedication and endurance as an athlete render him more capable in astronomy, allowing him to be more patient in building intricate instruments and productive during long nights at observing at McDonald Observatory. 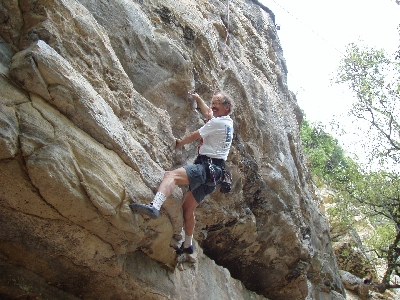