While most people tend to see astronomy as a romantic and intellectual endeavor, Phil Kelton, Acting Superintendent of McDonald Observatory, is very aware of the nitty gritty parts of running an observatory. In fact, that's the main part of his job. An observatory, like any other organization or business, has to be financially functional and efficient in operation. Unlike other astronomers, who receive time on the telescopes to study the skies, Phil receives time to help maintain and upgrade the equipment. "Day to day, there is a routine aspect to running an observatory," he reflects, "and the end result is to produce telescopes and instruments that are effective at doing research."

"I do a little of everything."

Phil is a man of many interests. He enjoys sports (especially basketball) hiking, amateur astronomy, chess, computer science, wine tasting, duplicate bridge, traveling, and all kinds of music. "I do a little of everything," he says. Many of these hobbies stemmed from interests that developed during his childhood in Texas and Nebraska. He started stargazing when he was 14 years old and had a few small telescopes. He also enjoyed playing chess in his sixth grade class. "We got time out from class to sit and play chess," he remembers, "and we used to do chess tournaments every week."

When he's not working at the office or at the Observatory, Phil likes to spend time at home with his wife, who teaches French at The University of Texas. Also in the household is a cat, called Cat, that was a childhood pet for his three grown children - Erica, Kevin, and Christina.

Phil came to astronomy in a very roundabout way. He started out studying physics at the University of Nebraska and received a bachelor's degree in the subject. He then got a master's degree in computer science. Finally, he came to The University of Texas to work toward a doctorate. Rather than focus solely on computers, though, he decided to put his knowledge to use in astronomy. "I just sort of shifted into astronomy and started working for McDonald Observatory," he says. He worked on real-time computing and instrumentation for astronomy for his Ph.D. "Astronomy is just fun!" he says. "I like telescopes and the sky and everything about astronomy." 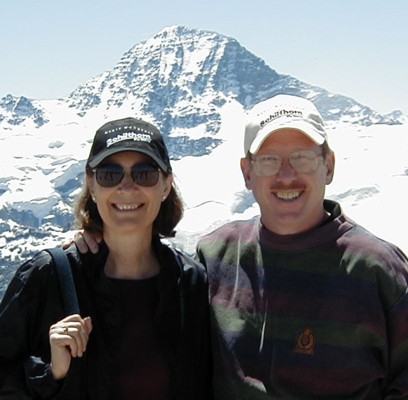