Jacqueline
Institution:
TCU
Love for the stars is in her blood

With the intention of steering clear of astronomy as a profession, Jacqueline Dunn says she began her undergraduate education at Texas Christian University in Fort Worth with an astronomy minor paired with a major in environmental science. According to Jackie, many of her family members had already gone down the physics/math route, and she had the desire to try something a little different. She took an interest in marine biology, she says. Due to a family history of military service, Jackie thought of joining the Navy. But after her first astronomy class, Jackie says she realized that the love for the stars must be in her blood and she couldn't deny her interest.

"Just going to the observatories is cool."

Having finished graduate school, Jackie is in the early stages of her career. When asked about the most exciting parts of her job, she says that "just going to the observatories is cool." One thing she didn't know would be a large part of being an astronomer is the amount of computer programming she is required to do. Staying alert during the late hours that an astronomer must work can also be difficult, but Jackie combats that with lots of caffeine and music, ranging from Broadway tunes to hard rock. The genre really makes no difference she says, so long as the music is loud.

In what little spare time she has, her and her husband, Austin, enjoy participating in dog shows. They own a Pembroke Welsh Corgi, and although they are relatively new to the hobby, little Feynman (named after the Nobel-prize winning physicist) has already brought home the honor of third in his class.

When asked what she thinks about the possibility of life on other planets, Jackie says that's one of her favorite questions she asks others because of all the interesting responses. She adds, "I do believe there's life somewhere else in the universe, but I doubt we'll ever find it." 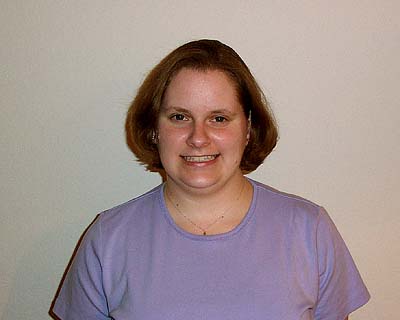