AUSTIN — A group of astronomers from The University of Texas at Austin has found that a telescope idea shelved by NASA a decade ago can solve a problem that no other telescope can: It would be able to study the first stars in the universe. The team, led by NASA Hubble Fellow Anna Schauer, will publish their results in an upcoming issue of The Astrophysical Journal.

“Throughout the history of astronomy, telescopes have become more powerful, allowing us to probe sources from successively earlier cosmic times — ever closer to the Big Bang,” said professor and team member Volker Bromm, a theorist who has studied the first stars for decades. “The upcoming James Webb Space Telescope [JWST] will reach the time when galaxies first formed.

“But theory predicts that there was an even earlier time, when galaxies did not yet exist, but where individual stars first formed — the elusive Population III stars. This moment of ‘very first light’ is beyond the capabilities even of the powerful JWST, and instead needs an ‘ultimate’ telescope.”

These first stars formed about 13 billion years ago. They are unique, born out of a mix of hydrogen and helium gasses, and likely tens or 100 times larger than the Sun. New calculations by Schauer show that a previously proposed facility, a liquid mirror telescope that would operate from the surface of the Moon, could study these stars. Proposed in 2008 by a team led by Roger Angel of The University of Arizona, this facility was called the Lunar Liquid-Mirror Telescope (LLMT).

NASA had done an analysis on this proposed facility a decade ago, but decided not to pursue the project. According to Niv Drory, a senior research scientist with UT Austin’s McDonald Observatory, the supporting science on the earliest stars did not exist at that point. “This telescope is perfect for that problem,” he said.

The proposed lunar liquid-mirror telescope, which Schauer has nicknamed the “Ultimately Large Telescope,” would have a mirror 100 meters in diameter. It would operate autonomously from the lunar surface, receiving power from a solar power collection station on the Moon, and relaying data to satellite in lunar orbit.

Rather than coated glass, the telescope’s mirror would be made of liquid, as it’s lighter, and thus cheaper, to transport to the Moon. The telescope’s mirror would be a spinning vat of liquid, topped by a metallic — and thus reflective —liquid. (Previous liquid mirror telescopes have used mercury.) The vat would spin continuously, to keep the surface of the liquid in the correct paraboloid shape to work as a mirror.

The telescope would be stationary, situated inside a crater at the Moon’s north or south pole. To study the first stars, it would stare at the same patch of sky continuously, to collect as much light from them as possible.

“We live in a universe of stars,” Bromm said. “It is a key question how star formation got going early in cosmic history. The emergence of the first stars marks a crucial transition in the history of the universe, when the primordial conditions set by the Big Bang gave way to an ever-increasing cosmic complexity, eventually bringing life to planets, life, and intelligent beings like us.

“This moment of first light lies beyond the capabilities of current or near-future telescopes. It is therefore important to think about the ‘ultimate’ telescope, one that is capable of directly observing those elusive first stars at the edge of time.”

The team is proposing that the astronomical community revisit the shelved plan for a lunar liquid-mirror telescope, as a way to study these first stars in the universe. 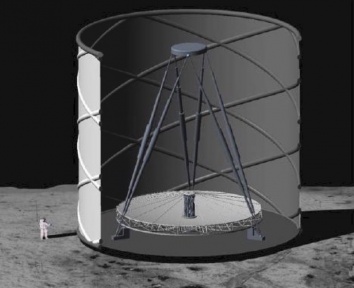 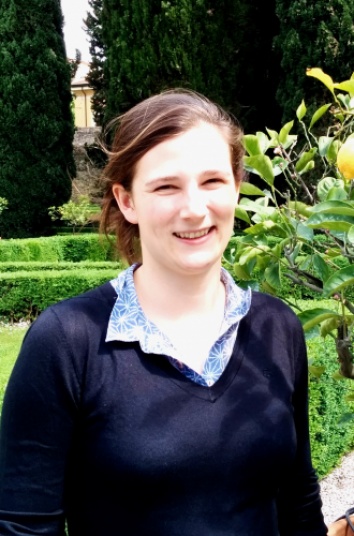