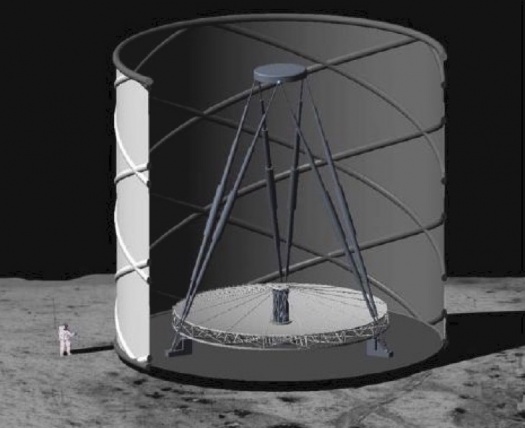 UT Austin astronomers Anna Schauer, Niv Drory, and Volker Bromm are advocating the revival of the lunar liquid mirror telescope project orginally proposed in 2008 by Roger Angel and collaborators. The Texas group advocates that rather than have a 20-meter liquid mirror (shown), the size be increased to 100 meters so that the telescope can study the first stars that formed in the universe, the so-called Population III stars. They have dubbed this facility the 'Ultimately Large Telescope.' (credit: Roger Angel et al./Univ. of Arizona)