A New Kind of Black Hole, Once a Theory, Now Firmly within Observers’ Sight

AUSTIN — Astronomers Aaron Smith and Volker Bromm of The University of Texas at Austin, working with Avi Loeb of the Harvard-Smithsonian Center for Astrophysics, have discovered evidence for an unusual kind of black hole born extremely early in the universe. They showed that a recently discovered unusual source of intense radiation is likely powered by a “direct-collapse black hole,” a type of object predicted by theorists more than a decade ago. Their work is published today in the journal Monthly Notices of the Royal Astronomical Society.

“It’s a cosmic miracle,” Bromm said, referring to the precise set of conditions present half a billion years after the Big Bang that allowed these behemoths to emerge. “It’s the only time in the history of the universe when conditions are just right” for them to form.

These direct-collapse black holes may be the solution to a long-standing puzzle in astronomy: How did supermassive black holes form in the early epochs of the universe? There is strong evidence for their existence, as they are needed to power the highly luminous quasars detected in the young universe. However, there are several problems that should prevent their formation, and the conventional growth process is much too slow.

Astronomers think they know how supermassive black holes weighing in at millions of suns grow in the heart of most galaxies in our present epoch. They get started from a “seed” black hole, created when an extremely massive star collapses. This seed black hole has the mass of about 100 suns. It pulls in gas from its surroundings, becoming much more massive, and eventually may merge with other seed black holes. This entire process is called accretion.

The accretion theory does not explain supermassive black holes in extremely distant — and therefore young — quasars. Visible to us despite its distance of billions of light-years, a quasar’s incredible brightness comes from matter spiraling into a supermassive black hole, heating to millions of degrees, creating jets that shine as beacons across the universe.

These early galaxies may have contained the first generation of stars created after the Big Bang. And although these stars can collapse to form black holes, they don’t work as early quasar seeds. There is no surrounding gas for the black hole to feed on. That gas has been blown away by winds from the hot, newly formed stars.

For decades, astronomers have called this conundrum “the quasar seed problem.”

In 2003, Bromm and Loeb came up with a theoretical idea to get an early galaxy to form a supermassive seed black hole, by suppressing the otherwise prohibitive energy input from star formation. Astronomers later dubbed this process “direct collapse.”

Begin with a “primordial cloud of hydrogen and helium, suffused in a sea of ultraviolet radiation,” Bromm said. “You crunch this cloud in the gravitational field of a dark-matter halo. Normally, the cloud would be able to cool, and fragment to form stars. However, the ultraviolet photons keep the gas hot, thus suppressing any star formation. These are the desired, near-miraculous conditions: collapse without fragmentation! As the gas gets more and more compact, eventually you have the conditions for a massive black hole.”

This set of cosmic conditions is exquisitely sensitive to the time period in the universe’s history — this process does not happen in galaxies today.

According to Loeb, “The quasars observed in the early universe resemble giant babies in a delivery room full of normal infants. One is left wondering: what is special about the environment that nurtured these giant babies? Typically the cold gas reservoir in nearby galaxies like the Milky Way is consumed mostly by star formation.

“The theory we proposed when Bromm was my postdoc [at Harvard] suggested that the conditions in the first generation of galaxies were different,” he said. “Instead of making many normal stars, these galaxies formed a single supermassive star at their center that ended up collapsing to a seed black hole. Hence the gas in these environments was used to feed this seed black hole rather than make many normal stars.”

Bromm and Loeb published their theory in 2003. “But it was all theoretical back then,” Bromm said.

Fast-forward a dozen years, and Bromm is now a professor at The University of Texas at Austin with post-docs and graduate students of his own. That’s where Aaron Smith comes in.

Smith, Bromm, and Loeb had become interested in a galaxy called CR7, identified from a Hubble Space Telescope survey called COSMOS (in a paper led by Jorryt Matthee of Leiden University). Hubble spied CR7 at 1 billion years after the Big Bang.

David Sobral of the University of Lisbon had made follow-up observations of CR7 with some of the world’s largest ground-based telescopes, including Keck and the VLT. These uncovered some extremely unusual features in the light signature coming from CR7. Specifically a certain hydrogen line in the spectrum, known as “Lyman-alpha,” was several times brighter than expected. Remarkably, the spectrum also showed an unusually bright helium line.

“Whatever is driving this source is very hot — hot enough to ionize helium,” Smith said.

These and other unusual features in the spectrum, such as the absence of any detected lines from elements heavier than helium (in astronomical parlance, “metals,”) together with the source’s distance  — and therefore its cosmic epoch — meant that it could either be a cluster of primordial stars or a supermassive black hole likely formed by direct collapse.

“We developed a novel code,” Smith said, explaining that his code modeled the system differently than previous simulations.

The type of modeling Smith used is called “radiation hydrodynamics,” Bromm said. “It’s the most expensive approach in terms of computer processing power.”

Bromm said their work is about more than understanding the inner workings of one early galaxy.

In addition to Smith, Bromm, and Loeb’s work, NASA recently announced the discovery of two additional direct-collapse black hole candidates based on observations with the Chandra X-ray Observatory.

It seems astronomers are “converging on this model,” for solving the quasar seed problem, Smith said.

This research is supported by the National Science Foundation (NSF), grant numbers AST-1413501 and AST-1312034, and by an NSF graduate research fellowship to Aaron Smith.

Dr. Volker Bromm
Professor of Astronomy
The University of Texas at Austin
512-471-3432 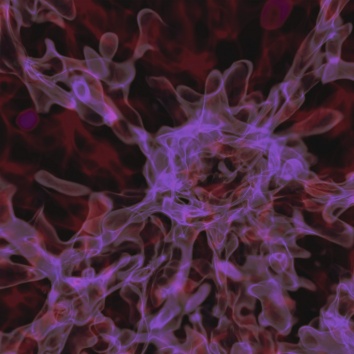 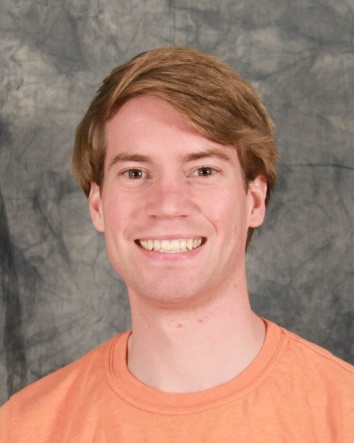 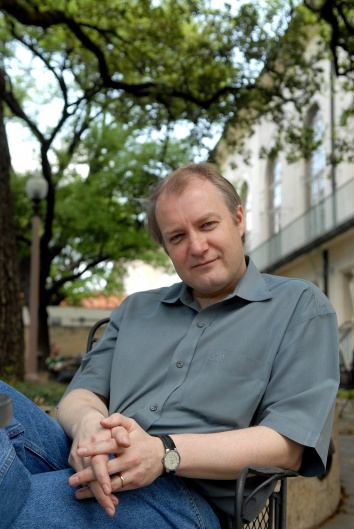