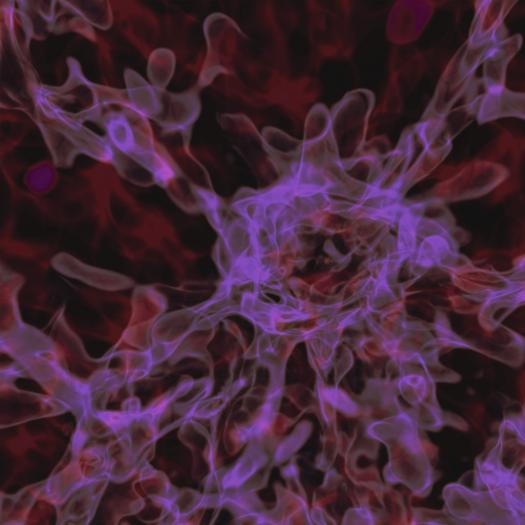 An image based on a supercomputer simulation of the cosmological environment where primordial gas undergoes the direct collapse to a black hole. The gas flows along filaments of dark matter that form a cosmic web connecting structures in the early universe. The first galaxies formed at the intersection of these dark matter filaments (Aaron Smith/TACC/UT-Austin)