AUSTIN — University of Texas astronomer Natalie Gosnell has used Hubble Space Telescope to better understand why some stars aren’t evolving as predicted. These so-called “blue stragglers” look hotter and bluer than they should for their advanced age. It’s almost as if they were somehow reinvigorated to look much younger than they really are.

Though blue stragglers were first identified 62 years ago, astronomers have yet to converge on a solution for their odd appearance. The most popular explanation among several competing theories is that an aging star spills material onto a smaller companion star. The small star bulks up on mass to become hotter and bluer while the aging companion burns out and collapses to a white dwarf – a burned out cinder.

To test this theory Gosnell’s team conducted a survey of the open star cluster NGC 188 that has 21 blue stragglers. Of those, she found that seven had white dwarf companions, by identifying their ultraviolet glow that is detectable by Hubble.

“This was really great,” Gosnell says. “Until now there was no concrete observational proof, only suggestive results,” Gosnell said. “It’s the first time we can place limits on the fraction of blue stragglers formed through mass transfer.”

This discovery sheds light on the physical processes responsible for changing the appearance of 25 percent of evolved stars. Gosnell’s work, which closes gaps in our understanding of how stars age, is published in the current issue of The Astrophysical Journal.

The problem came to light because in recent years, astronomers have been able to make a complete and accurate census of stars in a number of open star clusters, Gosnell said.

“Open clusters really are the best laboratory for the study of stellar evolution,” Gosnell said. “They have a simple stellar population.” The stars in a cluster form at the same time and from the same materials, she explained.

The cluster population studies revealed that up to a quarter of the oldest stars “are not evolving like we think they’re supposed to,” Gosnell said. Stars that astronomers expected to become red giants (like Aldebaran, the eye of Taurus, the bull) instead became “blue stragglers,” unexpectedly bright, blue stars with a host of strange characteristics.

Gosnell wanted to find out what happened to them. So she, along with Bob Mathieu at the University of Wisconsin-Madison and their collaborators, designed a study using Hubble Space Telescope’s Advanced Camera for Surveys to try to differentiate between three theories of how these stars became blue stragglers.

The theories included: collisions between stars in the cluster (with debris coalescing to form a blue straggler), the merger of two of the stars in a triple star system, or mass transfer between two stars in a binary pair.

In a binary pair of stars, the larger star will evolve faster, Gosnell said. That star becomes a red giant. A red giant is so bloated that the outermost layers of gas on its surface are only tenuously held by the star’s gravity. They can be pulled off by the gravity of the companion star. This is mass transfer.

As the gas is siphoned off by the partner, the red giant is left with only its core, making it into a white dwarf. The partner — initially the less massive of the pair, but now the heavier one — becomes a blue straggler.

Gosnell’s method is limited by the fact that it will not detect white dwarfs that have cooled down enough so that they don’t glow in UV light detectable by Hubble, she said.  That means that only those white dwarfs formed in the last 250 million years (youngsters, astronomically speaking) are detectable.

Knowing more about how these stars form is important because astronomers use their assumptions to model the stellar populations of distant galaxies (where the light from all the stars blends together). “You don’t want to be ignoring 25 percent of the evolved stars” in those galaxies, Gosnell said.

Such models are important because distant galaxies figure into many different types of cosmological studies. Right now, Gosnell said, “the models have a lot of room for improvement.”

“If we tweak the way models treat mass transfer, that would bring the observations and theory together,” Gosnell said. “They would agree. And we can use this to inform our understanding of unresolved stellar populations” — that is, those stars in galaxies so far away that all their light is blended together.

Gosnell plans to continue studying these stars using the 2.7-meter Harlan J. Smith Telescope at McDonald Observatory and its IGRINS spectrograph to constrain the number of blue stragglers that could form through mergers in triple systems.

Birth of a Blue Straggler 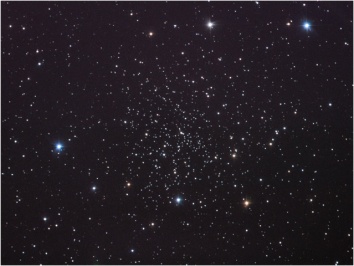 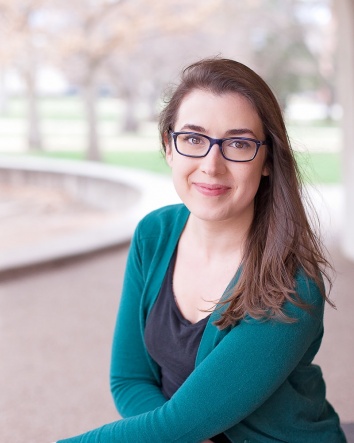