A yearlong celebration is underway to celebrate the 75th anniversary of The University of Texas at Austin’s McDonald Observatory. Located in West Texas near Fort Davis, the observatory was dedicated May 5, 1939, and has supported some of the most important astronomical discoveries of recent decades about everything from extrasolar planets to exotic stars to black holes.

Celebration plans include a speaker series featuring University of Texas astronomers in multiple cities across the state. The series will kick off in Austin on Saturday, Oct. 19, when former McDonald director Frank Bash will speak on “McDonald Observatory and the Frontier” at 7 p.m. in the Blanton Museum’s Edgar A. Smith building. The event is free and open to the public.

• Next summer, the Bob Bullock Texas State History Museum will feature an exhibit on the observatory’s 75-year Texas story.

• Free telescope viewings for local residents began this summer at the observatory and continue into fall, honoring the contributions of the West Texas communities to the observatory’s success. An Open House is planned for next spring.

• The observatory has offered free educational videoconferences for schools in Texas and across the nation in recent weeks in honor of its anniversary.

Event information is posted on the anniversary page of the observatory’s website, which will be updated frequently in the coming months.

Visitors to the anniversary Web pages also may share their memories and photos of McDonald on a new interactive blog called “Share Your Story,” peruse a timeline of observatory history and watch several historical videos. 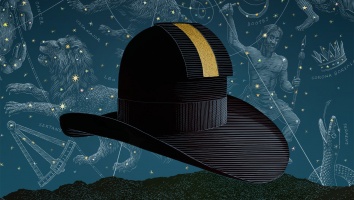