AUSTIN, Texas — A pair of astronomers from Texas and Germany have used a telescope at The University of Texas at Austin’s McDonald Observatory together with Hubble Space Telescope and many other telescopes around the world to uncover new evidence that the largest, most massive galaxies in the universe and the supermassive black holes at their hearts grew together over time.

“They evolved in lockstep,” said The University of Texas at Austin’s John Kormendy, who co-authored the research that appears in this week’s issue of Astrophysical Journal Letters with Ralf Bender of Germany’s Max-Planck-Institute for Extraterrestrial Physics and Ludwig Maximilians University Observatory.

Astronomers know that galaxies, those vast cities of millions or billions of stars, grow larger through collisions and mergers. Kormendy and Bender’s work involves the biggest galaxies in the universe — “elliptical galaxies” that are shaped roughly like footballs and that can be made of as many as a thousand billion stars. Virtually all of these galaxies contain a black hole at their centers, that is, an infinitely dense region that contains the mass of millions or billions of Suns and from which no light can escape.

A current leading theory says that when galaxies collide, their black holes end up revolving around each other. Together, the two black holes act like an egg beater: They violently stir up the galaxy center with their incredibly strong gravity, and they fling stars out of the central regions. As the black hole pair sinks to the center of the new merger remnant, this supergalaxy’s core is depleted of the stars that were flung away. Kormendy and Bender measured the resulting dimming of such galaxies’ cores, their so-called “light deficits.”

Light deficits in galaxy cores are surprising in view of decades of work by many astronomers, including Kormendy and Bender, which showed that the biggest elliptical galaxies contain the most massive black holes at their centers. These are monsters “weighing in” at a billion or more times the mass of our Sun. They attract the stars around them with ferociously strong gravity. Astronomers expected that such big black hole would yank the galaxy’s stars into a tiny, dense cluster at the center. But observations in the 1980s with ground-based telescopes and much better observations in the 1990s with Hubble Space Telescope revealed the opposite. The biggest galaxies have big, fluffy, low-density centers. Why are giant black holes not surrounded by dense cluster of stars? Where did the missing stars go?

The theory that black hole binaries gravitationally slingshot the stars out of galactic centers has been the popular but unproved explanation. No telescope observations provided compelling evidence — until now.

“Our new observations are a strong and direct link between black holes and galaxy central properties,” Kormendy says. “They are a ‘smoking gun’ that connects black holes with the formation of the surprisingly fluffy centers of giant elliptical galaxies.”

Kormendy and Bender made detailed studies of 11 such galaxies in the Virgo Cluster. To get a comprehensive overall picture of each galaxy, they used the wide field of view of the Prime Focus Camera on McDonald Observatory’s 0.8-meter Telescope. They used Hubble Space Telescope to study these same galaxies’ cores in great detail. Many other telescopes were used to connect the central data from Hubble with the outer data from the McDonald telescope. The results on 27 elliptical galaxies in the Virgo Cluster measured by Kormendy, Bender, and their University of Texas colleagues David Fisher and Mark Cornell and supported by the U.S. National Science Foundation (NSF) are scheduled for publication in a forthcoming issue of the Astrophysical Journal Supplement Series.

Their precision measurements of the brightnesses — that is, the number of stars — at various distances from the centers of elliptical galaxies allowed them to calculate much more accurately than previously the masses of stars that are “missing” in the centers of the biggest ellipticals. This revealed more surprises: The missing mass increases in lockstep with the measured masses of the central black holes. It was known that the two quantities are related, but it was not known that the correlation is so tight as to be within the margin of error. That is, the correlation is virtually perfect.

The missing mass also increases in lockstep with another galaxy property that is known to be tied directly to black holes, namely the speeds at which stars move far out in the galaxy where they cannot feel the black hole’s gravity.

“Astronomers love tight correlations,” Bender says. “They tell us what is connected with what. The new observations give us much stronger evidence that black holes control galaxy formation, at least at their centers.”

Kormendy finally adds, “We have long believed that black holes power quasars in galactic nuclei — they are the brightest objects in the universe. And we have come to suspect that putting giant black holes at the centers of young galaxies and shining so much quasar light on them affects galaxy formation. In other words, we suspect that the study of quasars and the study of galaxies are really one subject. We can’t understand one without understanding the other.

“We think we have helped to merge these subjects by connecting black holes directly to galaxy structure.” he said. “John Muir famously said that everything is hitched to everything else in the world. As we find that different subjects are hitched together, we build a theory of galaxy formation that we confidently believe.” 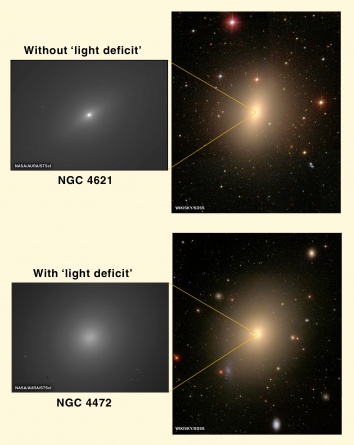 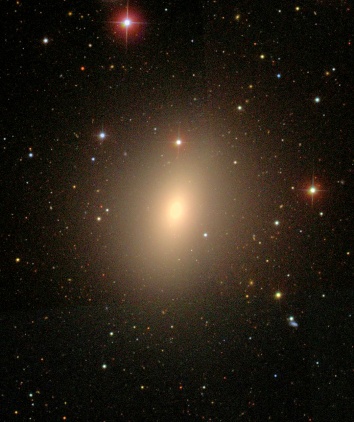 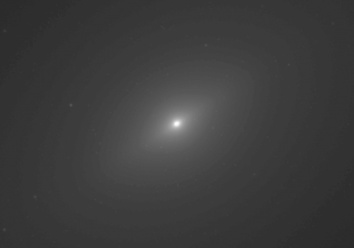 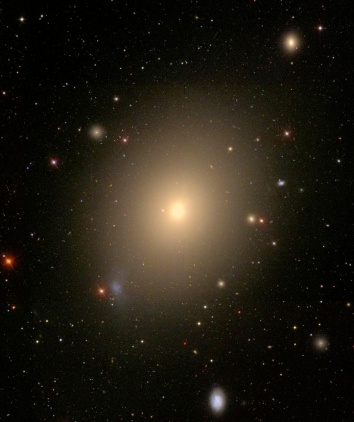