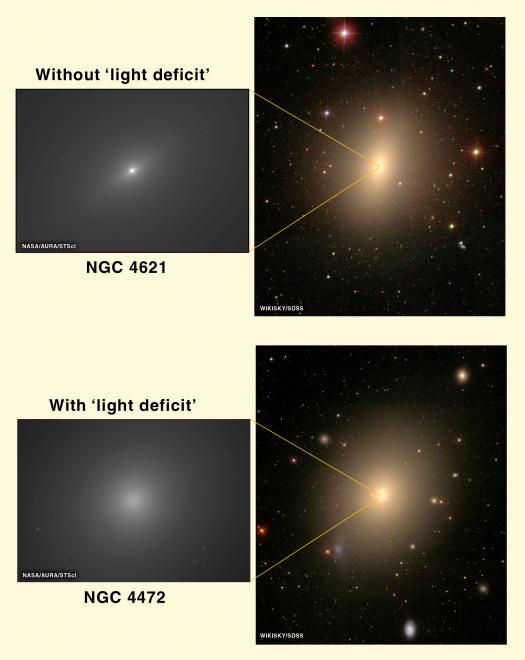 Two giant elliptical galaxies, NGC 4621 and NGC 4472, look similar from a distance, as seen on the right in images from the Sloan Digital Sky Survey. But zooming into these galaxies' cores with Hubble Space Telescope reveals their differences (left, black and white images). NGC 4621 shows a bright core, while NGC 4472 is much dimmer. The core of this galaxy is populated with fewer stars. Many stars have been slung out of the core when the galaxy collided and merged with another. Their two supermassive black holes orbited each other, and their great gravity sent stars careening out of the galaxy's core. Credit: NASA/AURA/STScI and WikiSky/SDSS