This is being written by Bruce Babcock, son of Horace W. Babcock (1912-2003). Horace was at McDonald during parts of the year 1940. I'm not sure if he would be considered a staff or a visiting astronomer. I know he was brought in by Otto Struve after a stint at Yerkes in Williams Bay, Wisconsin. It was there he met my mother and they were married on July 1, 1940.

He later worked on radar and rocket projects during the war (at MIT and Caltech) and then joined the Mount Wilson staff in 1946. He retired as Director of the Carnegie Observatories after taking a leading role in the creation of Las Campanas Observatory in Chile. His father, Harold Delos Babcock, was on the Mount Wilson staff from 1909-1949. Both won the Bruce Medal, among many other honors. This photo was among many family 35 MM slides taken during the 1940s and 1950s. I imagine that he took this photo.

I was hoping to identify the people in the photo. The woman in white is my mother, Margaret Anderson Babcock. Otto Struve is, I believe, second from the left. I'm not sure if the others are staffers and their wives, or were visitors attending some kind of event. I've had no luck so far. Any help would be appreciated. Many thanks, 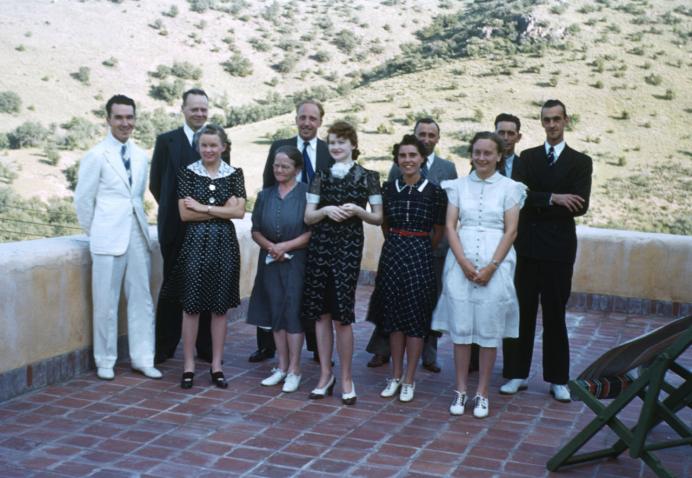