The event, on the campus of Paris Junior College, was hosted by the Rotary Club of Paris and the Texas Exes Paris Chapter. In his closing, Lambert said that his own life had been greatly affected by the events that Mr. McDonald set in motion through his will, and that he liked to think that Mr. McDonald would be happy to see what his estate had created and how it had grown and developed over time. Later, Lambert was joined by Texas Exes Paris Chapter officers Brandon Hoog and Rhonda Rogers for a photo (shown) in front of the historic marker that honors Mr. McDonald at the site of the First National Bank of Paris, downtown. 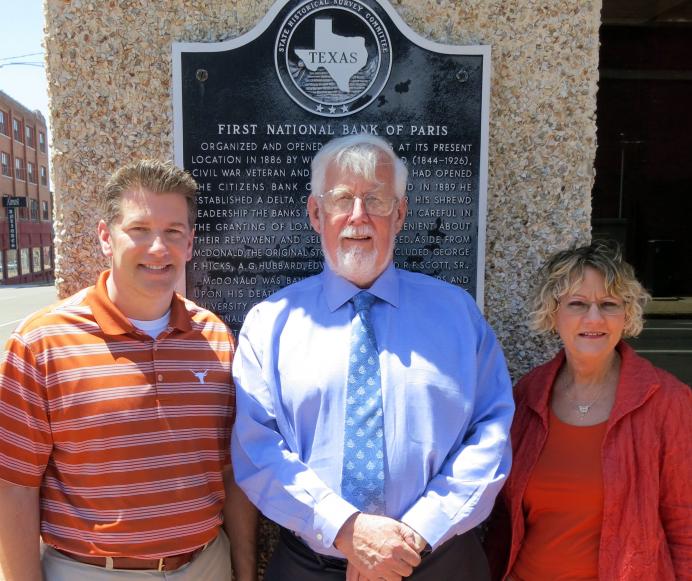