From the Midwest to West Texas

I grew up on a farm near the town of Boonville, IN, and I have been interested in Astronomy since I was five years old. I received a 2.4-inch telescope as Christmas gift when I was ten and I joined the Evansville Astronomical Society when I was twelve. The club's observatory was at a local park where the the skies were pretty dark. The original telescope was a 12.5 inch F/10 Reflector that was made by the astronomer Edgar Everhart. It was replaced a long time ago with a Celestron C-14.

When I was a teenager I built a six-inch Newtonian Reflector on a Dobsonian mounting. I was very active in the club and served as the clubs Secretary/Historian and Program Chairman for several years. I received a degree in Electronics and worked in that profession for several years but my real passion has always been Astronomy.

In 1995 I began employment at the Evansville Museum of Arts and Science in their planetarium. One day while looking through the International Planetarium Society bulletin I happened upon a listing for a job opening conducting public programs at the McDonald Observatory Visitors Center. I had always dreamed of working at an observatory and this sounded just perfect for me! I applied for the job but unfortunately it had already been filled.

In 1996 I took a trip to the southwest to visit sights that have always intrigued me. I saw the Grand Canyon for the first time and visiting observatories was the top item on my list. I went to Kitt Peak, Lowell, and Sunspot just to name few. On the way back I stopped by McDonald and went to star party and did a self-guided tour the next day. After this trip I decided that someday I would live in the southwest.

The journey here for the interview is a story in itself. On Nov. 1, 1999, I left Indiana for the three-day journey to my new job and home. My parents and brother traveled with me for the move and I have been here ever since. Living in West Texas is a lot different than Indiana, but it did not take me long to adapt. In closing I would like to say, follow your dreams because someday they may become true. 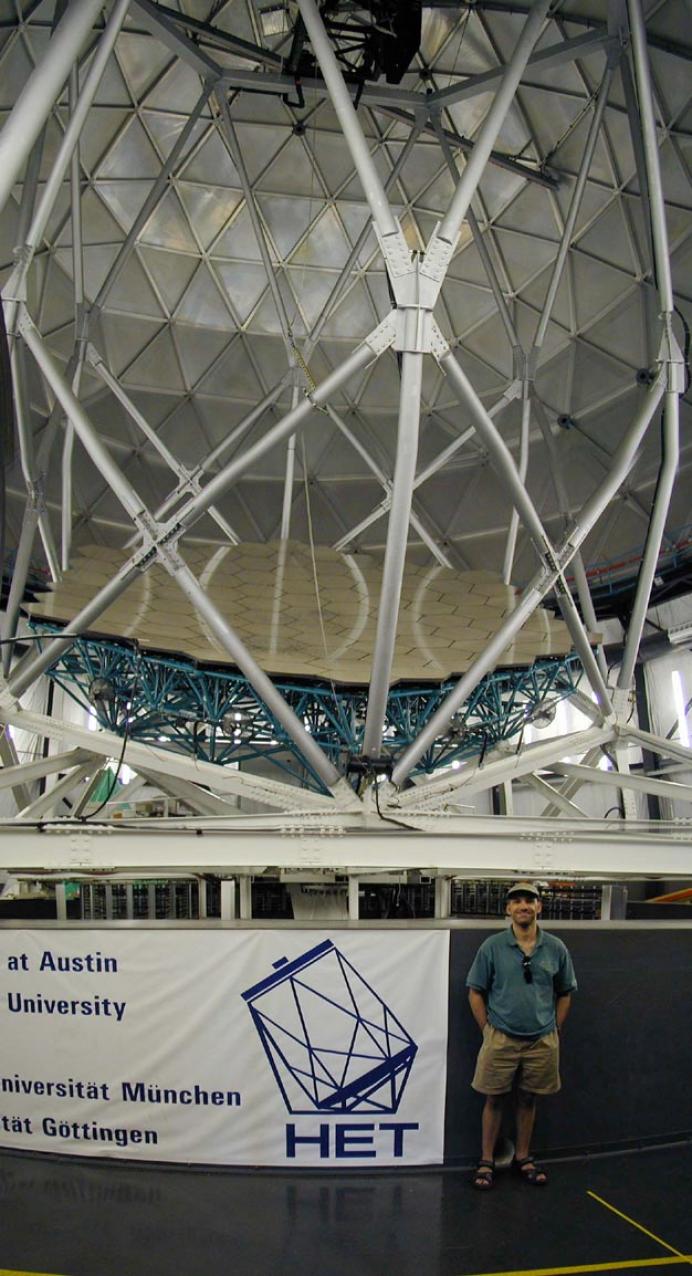