When you stay in the house too much, without any contact with nature, you know how you develop a sort of sickness of the soul? Peak experiences in nature do the opposite; they're soul expanding. McDonald Observatory gives people a special way to connect with nature, whether those people travel to the site, or not. For me, it started each night with seeing a long way in every direction from the top of Mount Locke. You can see lightning storms far off over the plains, rainbows and all the distant sunsets, and stars, and planets popping into view. For a girl in her 20s, there was never so exhilarating a freedom as being able to walk around after dinner, under the darkening sky, just looking up.

No streetlights came on, but there was no need to worry about being out alone at night, even in the dark of the Moon, as we women sometimes worry in the city. It was always a safe journey into even the darkest of nights, and I came to know my way along the paths between the domes by touch, rather than sight.

There was a magic question that every astronomer always wanted to answer: "What are you working on?" They talked so freely about the space around us, with so many different perspectives on what's out there. Often these conversations went on late at night, in one or another of the domes, as points of fresh data appeared on computer screens in front of us. The tools of astronomy, like those at McDonald Observatory, have let astronomers study starlight — that delicate substance — in order to draw their pictures of the universe.

It was thanks to Harlan Smith that those pictures didn't go into a private room with a sign over the door marked "Astronomers Only." Harlan was a trailblazer and trendsetter who helped open the door to viewing and marveling at astronomers' pictures of what surrounds us in space, for all. I was proud to act as his minion.

I saw too many wonderful sights in the sky over McDonald Observatory to list here. I'll mention one particularly rich Perseid meteor shower, which built over many nights. At the shower's peak, in the hours before dawn, I lay in the back of a flatbed truck parked between the 107-inch and 82-inch domes, as Perseid meteors in all colors literally rained down from the top of the sky. I also especially remember a little crescent Moon, only 18-19 hours from the new phase (I forget the exact number now). It was just a ghost of a Moon really, rising in the east in bright dawn twilight, spotted from the catwalk of the 82-inch telescope dome. The astronomers inside that dome were just finishing their night's work, and they came outside to enjoy the little Moon with me.

I haven't had a night on Mount Locke in a quarter century now. But my soul got so big from being outside on those nights at McDonald Observatory that the memories have carried me through many decades since … and I'm grateful. 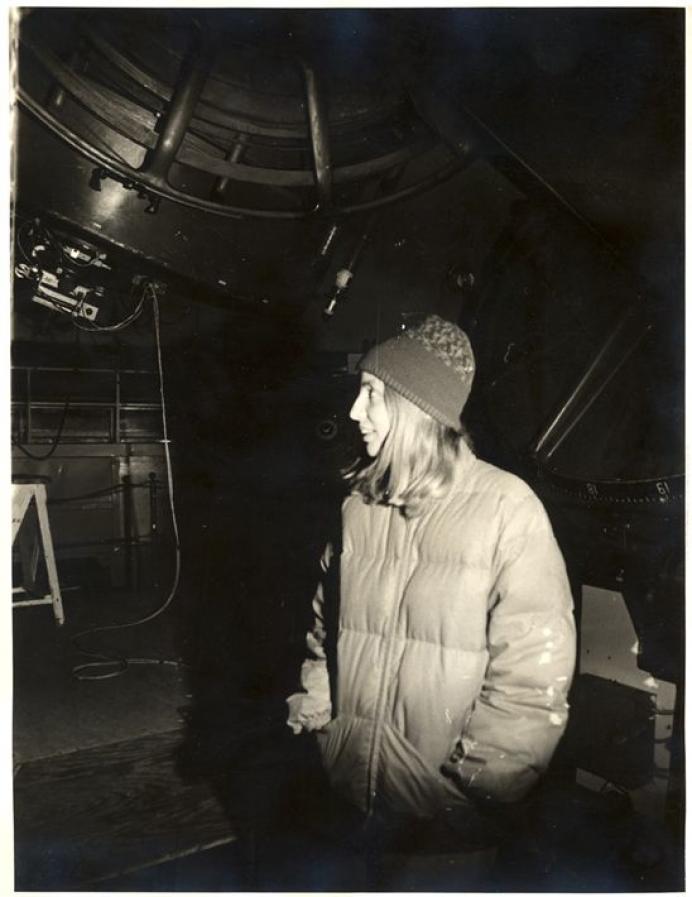