Shortly after my 10th birthday, our family left Dallas in our 1935 Plymouth for a trip to West Texas. Memorable stops along the way were eating breakfast in the Nimitz Hotel in Fredericksburg, and spending the night in the new Lone Starr Lodges in Kerrville. We headed for Fort Davis, where we spent the night at the Prude Ranch and then drove up Mt. Locke to see the new McDonald Observatory on September 7th.

Somehow, I realized that this was a very important place. We took pictures there, and at the ruins of old Ft Davis. On the way to El Paso and the Carlsbad Caverns, we drove to Marfa during an awesome rain storm. My dad had to shed his britches and shoes and get out of the car to lead us through the deep water. Eventually, we reached New Mexico and the Caverns. My Mother's note in the photo album said there were 300 in our party to watch the bats fly out before group toured the caverns. 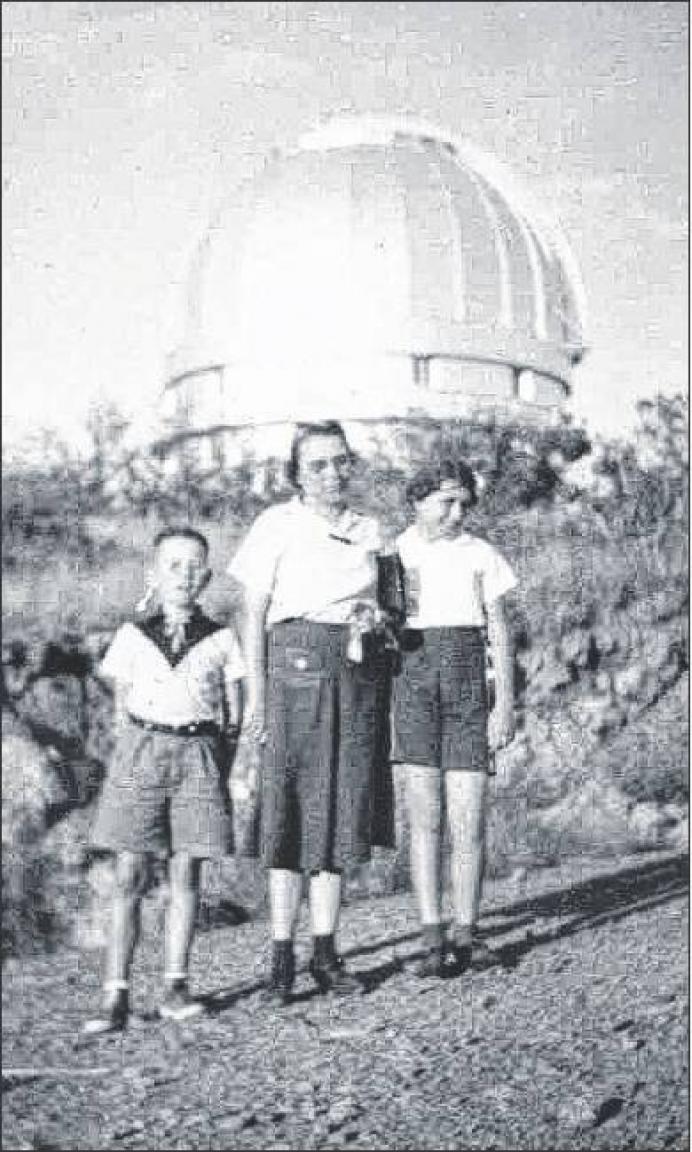