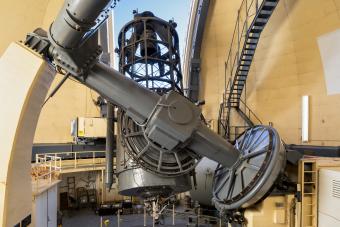 Struve Telescope with dome open. When the Otto Struve Telescope was completed in 1939, its dome housed all of McDonald Observatory. Not only did it contain the 82-inch (2.1-meter) telescope — then the second-largest in the world — it also housed living and sleeping quarters for the astronomers who used the telescope. Today, these rooms serve as offices and a library.

With its heavy steel mounting and black, half-open framework, the Struve is not just a scientific instrument, but it is a work of art. Like other telescopes at McDonald, its mirror is periodically removed and freshly coated with aluminum to maintain its sharp view of the heavens.

Over its more than 80-year history, astronomers have used this telescope to study every type of astronomical object, from distant galaxies to stars in the Milky Way galaxy, to planets, moons, and other bodies of our solar system. It has made some important discoveries, including the discovery of Uranus’ fifth moon Miranda and Neptune’s moon second-largest moon, Nereid. It was used to discover carbon dioxide in the atmosphere of Mars, and methane in the atmosphere of Saturn’s giant moon Titan.

The telescope has received extensive upgrades over the years. It is now computer-controlled, and its instruments use electronic detectors to gather more light, allowing it see fainter and more-distant objects. With these updates, it's still in regular use.

University of Texas astronomers and graduate students use most of the telescope's time, but researchers from other institutions also get to experience it's beauty and its utility Although it's no longer among the world's largest, the Struve Telescope is still an important scientific instrument. It should continue to peer into the universe for many years to come. 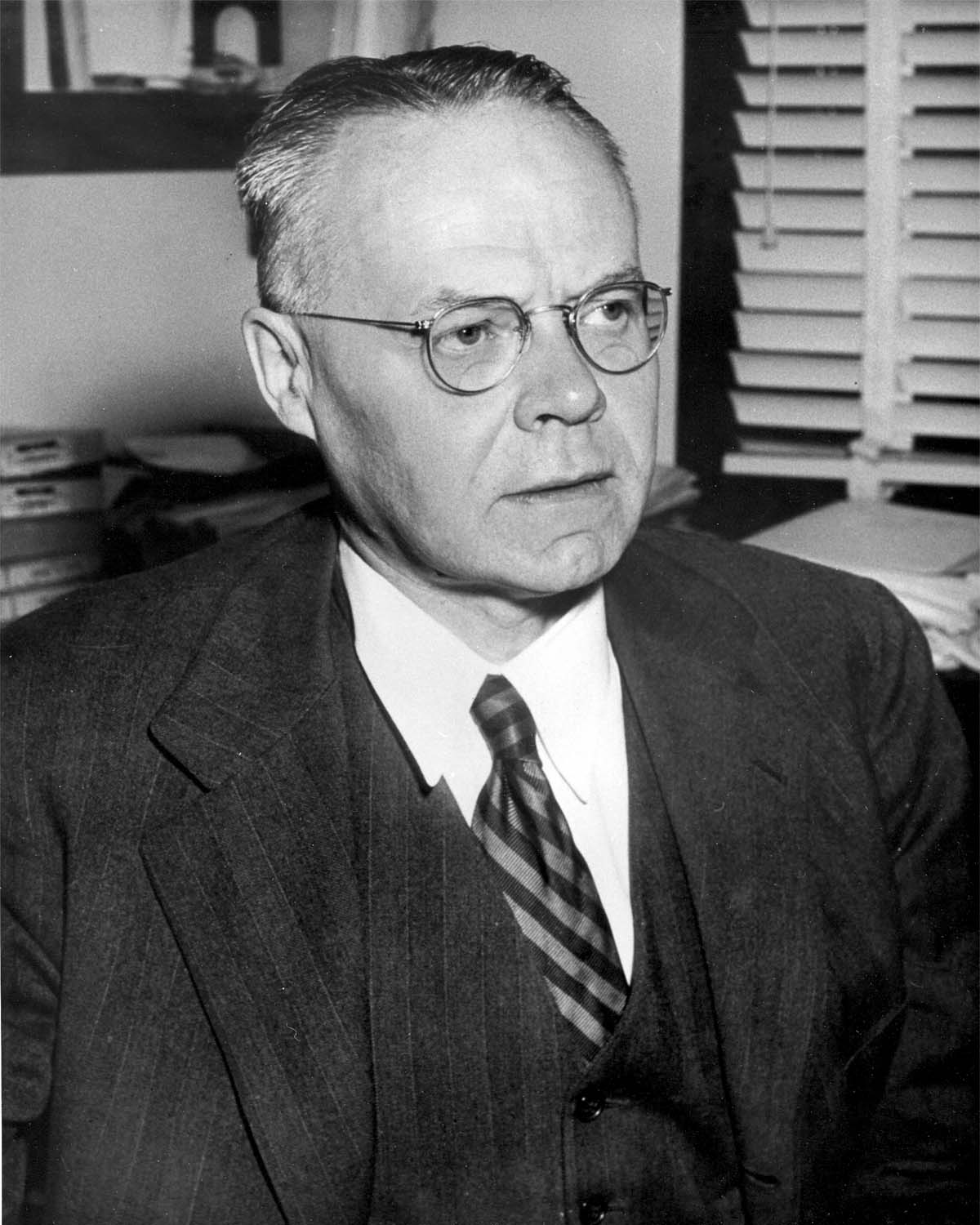 Otto Struve In 1966, the telescope that had been simply known as "the 82-inch," was renamed for Otto Struve (1897-1963), the observatory’s first director who served from 1932 to 1947. He simultaneously directed the University of Chicago’s Yerkes Observatory. Struve’s own research involved spectroscopic observations of stars and gas in the Milky Way. For a time, he was editor of the prestigious Astrophysical Journal. He also served a term as president of the American Astronomical Society. After leaving Yerkes and McDonald, he went on to direct two other observatories. 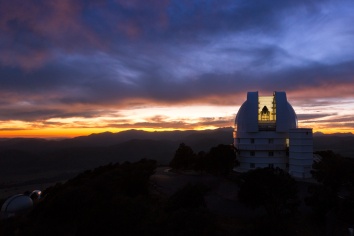