The Cosmic Dawn ("CoDa") Project, an international team of astrophysicists, recently reached a new milestone – CoDa III – the first trillion-element simulation of how the universe evolved in its first billion years. This is when galaxies formed and flooded the universe with enough UV starlight to ionize all its atoms and lift the fog that blocked our view. CoDa III is the most detailed and accurate simulation ever produced of this cosmic era, known as the Epoch of Reionization ("EoR"), aligning theoretical and observational data for the first time. Read More 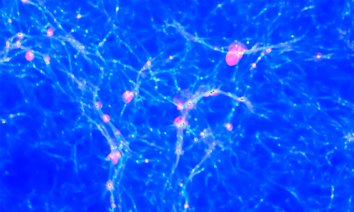 The CoDa III simulation shows galaxies forming in the early universe along the filaments and knots of the “cosmic web.”