David Doss to Retire from McDonald Observatory after 50 Years’ Service

FORT DAVIS, Texas — David Doss is retiring from McDonald Observatory after half a century of making scientific research happen. As Assistant Manager for Observing Support, he has been there to make sure the telescopes and instruments are in tip-top shape and working as they should, so that astronomers can use them to study the universe.

“David's commitment to McDonald and his reputable service to science facilitation speak of his passion for astronomy,” said observatory Superintendent Teznie Pugh. “He will be missed by many not only in our West Texas community but across Texas, the US, and abroad. For those of us that live and work here and many of our colleagues in Austin, the mountain will not be the same without David and his family.”

Doss explains his job in simple terms. “Basically, we’re here to try to make the observers’ experiences as fruitful as possible,” he said. “We do that by changing telescopes, setting up the instruments, and checking them out. Occasionally we’ll do a little training with the astronomers.”

Doss came to McDonald Observatory immediately after graduating from Sul Ross State University in December 1970, where he studied chemistry and math. But in college, he developed a love for another of the sciences.

“I had been helping the astronomy teacher teach the astronomy labs,” Doss remembered. “And he happened to hear that [the observatory] was going to start hiring night assistants, or telescope operators, and I got to be the first one hired in that group.” He started on January 1, 1971.

Doss worked on countless projects over the decades, but a few stand out to him as favorites. In particular, he said he enjoyed helping to commission new instruments for the 2.7-meter Harlan J. Smith Telescope, which was still fairly new when he arrived. It achieved first light in 1969.

“With the complexity of the observatory’s telescopes and instrumentation, having dedicated team members like David Doss and many of his colleagues who serve for decades is a significant part of achieving our mission to study the universe,” said observatory Director Taft Armandroff.

Doss also said he enjoyed working on the giant telescope mirrors, as they were periodically removed to be recoated with aluminum to maintain their reflectivity. The behemoth mirrors then had to be put back and the telescope re-aligned. “That was quite interesting. Had a lot of fun,” he said.

Of course there have been a number of major changes at the observatory in 50 years. “Certainly the biggest change I’ve seen since I started to work here was the computers,” Doss said. When he started out, he recalled, “we had one computer on the mountain, an IBM 1800 mainframe. It had 32K of RAM. It had three disk drives. Each disk drive held half a Meg of info. By today’s standards, your watch probably has more capacity than that,” he laughed.

In addition to his regular work at the observatory, Doss is also an accomplished photographer. His images of the observatory have been used in the observatory’s brochures, websites, holiday cards, and other publications.

After retirement, Doss plans to move to Port Aransas, on the Texas coast. 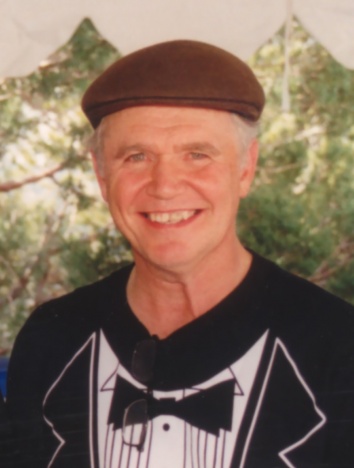