A team of astronomers including McDonald Observatory’s Bill Cochran have made a detailed study of a young planet slightly smaller than Neptune with the Habitable-zone Planet Finder at The University of Texas at Austin’s McDonald Observatory. They characterized the planet’s mass, radius, and the tilt of its orbit. This work provides insight into how such planets form and evolve, and has been accepted for publication in the Astronomical Journal.

The planet, called K2-25b, is slightly smaller in size than Neptune and orbits an M-dwarf star—the most numerous type of star in the galaxy. “K2-25 is an extremely interesting system,” Cochran said. “When our solar system was at the same age as this star is now — about 625 million years — our Earth and Moon were undergoing major impacts by asteroids that formed many large craters on the Moon.”

The Habitable-zone Planet Finder (HPF) is an astronomical spectrograph built by a Penn State team and installed on the 10-meter Hobby-Eberly Telescope.

“The combination of our measurements of the mass and orbital tilt of this young system will help us understand the early evolution of planetary systems,” Cochran said. “We hope to understand exactly where this planet formed and how it got to its current position in the system.” The planet lies outside of the star’s habitable zone.

According to team leader Gudmundur Stefansson of Princeton University, “planets at intermediate sizes between Earth and Neptune are some of the most frequent types of planets in the galaxy, but no such planets are known to exist in [our] solar system. Despite their sheer number in the galaxy, many aspects of their formation and evolution remain a puzzle. Our new observations help shed light on this process, increasing our fundamental understanding of the universe and how it works.”

The planet was originally detected using the Kepler spacecraft by observing a dip in the host star’s light caused by the planet crossing in front of — or transiting — the star and blocking some of the star’s light during its orbit, a trip completed every 3.5 days. The planetary system is a member of the Hyades cluster, a nearby cluster of young stars with similar chemical properties that formed about 600 million years ago about 150 light years away from Earth.

“K2-25b is one of the very few young planets orbiting a low-mass star with a measured mass and orbital tilt,” Stefansson said. “Although smaller in size than Neptune, the planet interestingly has a mass about 1.5 times larger than Neptune. The planet is dense for its size and age, in contrast to other young, short-period sub-Neptune systems which are often observed to have low densities and extended evaporating atmospheres.”

The tilt of planetary orbits — the angle between the star’s equator and the planet’s orbit — encodes valuable information on how planetary systems form and evolve. One of the most effective ways to measure the tilt of planetary orbits is by studying the star’s spectra — the light it emits across many different wavelengths — taken during planetary transits. If the host star is rotating during a planetary transit, one half of the stellar disk is “blueshifted”— its light spectrum shifts toward shorter wavelengths — as seen from the observer, while the other half of the star is “redshifted” — a shift toward longer wavelengths. As the planet passes in front of different regions of the stellar disk, it blocks differently blue- and red-shifted light, causing anomalous variations in the velocity of the star. By carefully measuring these velocity changes, the tilt of the orbit can be inferred.

“K2-25b’s orbit is well aligned with the host star’s equator, giving insights into how planetary systems around low-mass stars form,” said Penn State’s Suvrath Mahadevan, principal investigator of the HPF spectrograph. “Only three other planetary systems orbiting low-mass stars have had their orbital tilts measured. By leveraging the large 10-meter aperture of the Hobby-Eberly Telescope and HPF’s sensitivity at near-infrared wavelengths — where low-mass stars emit most of their light — we are excited to conduct similar observations of other M-dwarf planetary systems to further study how they form and evolve.”

The Habitable-zone Planet Finder was delivered to the Hobby Eberly Telescope at McDonald Observatory in late 2017, and started full science operations in late 2018. HPF is designed to detect and characterize planets in the habitable-zone — the region around the star where a planet could sustain liquid water on its surface — around nearby M-dwarf stars.

This research was supported by the U.S. National Science Foundation (NSF), Penn State, the Heising-Simons Foundation, the NASA Earth and Space Science Fellowship program, the Center for Exoplanets and Habitable Worlds at Penn State, and the Research Corporation.

The Hobby-Eberly Telescope (HET) is a joint project of The University of Texas at Austin, Penn State, Ludwig-Maximilians-Universität München, and Georg-August Universität Gottingen. The HET is named in honor of its principal benefactors, William P. Hobby and Robert E. Eberly.

Note to editors: The related research paper is available for download at: https://arxiv.org/abs/2007.12766 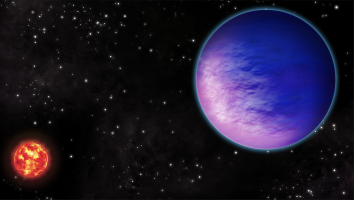 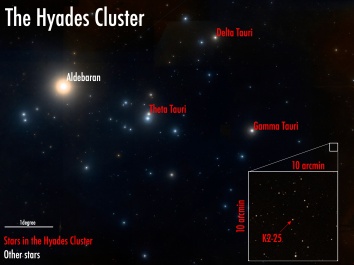