Last week Texas Governor Greg Abbott announced the first steps to re-open the state safely and strategically to limit the spread of COVID-19. While some businesses and other concerns are re-opening, The University of Texas at Austin announced that it will continue to operate in its current mode. As part of the university, McDonald Observatory remains closed to the public at this time, though scientific research continues.

No decision has been made yet on when the observatory will re-open to the public. We will rely on input from the university, as well as local, state, and national health authorities to make that determination, which will be announced via social media, news release, and on our website once it is known.

Public programs at the observatory remain on hold and no tickets will be sold until a re-opening date is decided and published. For details on our current status, see the recent Message from the Director. 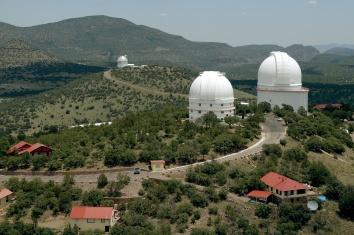