AUSTIN, Texas — Twin stars appear to share chemical “DNA” that could help scientists map the history of the Milky Way galaxy, according to new research by astronomer Keith Hawkins of The University of Texas at Austin accepted for publication in The Monthly Notices of the Royal Astronomical Society.

Hawkins knows something about twin similarities and differences, being himself a fraternal twin. His own study of stellar twins “is a kind of a ‘23 and Me’ for stars,” he said with a laugh.

Using a telescope at the university’s McDonald Observatory, he studied the chemistry of twin stars to see whether they are identical or fraternal twins. Hawkins’ work has shown that most twin stars are chemically identical. As a result, the search for chemically identical stars could yield a better understanding of the galaxy’s history over time.

Working with a team that includes UT Austin undergraduate and graduate students as well as colleagues from Princeton University, the Carnegie Observatories, and the University of California, Berkeley, Hawkins focused on 25 widely spaced binary stars identified by the Gaia satellite. Each such binary contains two stars that were born together billions of years ago, out of a single collapsing cloud of gas and dust.

Using the 2.7-meter Harlan J. Smith Telescope at McDonald Observatory, Hawkins probed the detailed chemical compositions of all 50 stars in these binary systems to a greater depth than any previous studies. His results demonstrated that stars born together show chemical compositions that are virtually identical — many times more so than same-type stars chosen at random.

These results have implications far beyond just understanding binary stars, Hawkins said. The study serves as a proof-of-concept for the idea of “chemical tagging” — using the chemical compositions of stars spread throughout the galaxy to figure out which stars formed together initially.

Astronomers know that vast numbers of stars are born in giant clouds of gas and dust often referred to as stellar nurseries. During the course of millions or billions of years, though, Hawkins says, these “loose assemblies of stars that form together get dispersed over time.”

If the concept of chemical tagging is valid, astronomers can use it to track down chemically identical stars dispersed around the galaxy today. Armed with this chemical map, they can then rewind the stars’ trajectories back to their beginnings in a single giant star-forming cloud. In other words, they can “retrace the assembly history of the galaxy,” Hawkins said.

A deeper understanding of our Milky Way’s evolution will provide an in-depth case study toward astronomers’ quest to understand all galaxies — the building blocks of the universe.

This study was funded by Research Corporation. 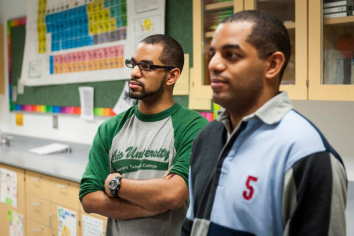 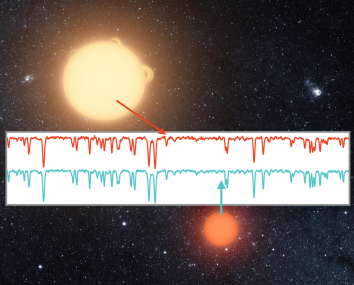 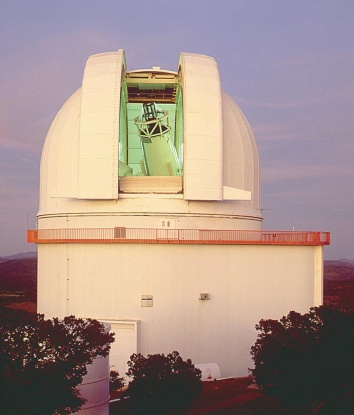