FORT DAVIS, Texas — Astronomers at The University of Texas at Austin’s McDonald Observatory, along with colleagues at Caltech and elsewhere, have discovered a planet three times the mass of Jupiter that travels on a long, egg-shaped path around its star. If this planet were somehow placed into our own solar system, it would swing from within our asteroid belt to out beyond Neptune. Other giant planets with highly elliptical orbits have been found around other stars, but none of those worlds were located at the very outer reaches of their star systems like this one.

"This planet is unlike the planets in our solar system, but more than that, it is unlike any other exoplanets we have discovered so far," says Caltech’s Sarah Blunt, lead author on the study, soon to be published in The Astronomical Journal.

Co-author Michael Endl of McDonald Observatory agrees. "This new exoplanet is extreme and super-interesting in many ways,” he says. “It has a record-long orbital period of over 50 years, which is much longer than for other planets detected by this technique. And, it orbits its host star on a very elongated, egg-shaped orbit. Something dramatic must have happened to change the shape of its orbit.

“We think planets usually form on more circular orbits, which later are subject to change by interacting with the planet-forming disk, or with other planets, or even other passing stars,” he explains. “Some close encounter with another massive planet might have thrown this one on its elongated path around the star.”

The planet was discovered using the radial velocity method, a workhorse of exoplanet discovery that detects new worlds by tracking how their parent stars "wobble" in response to gravitational tugs from those planets. However, analyses of these data usually require observations taken over a planet's entire orbital period. For planets orbiting far from their stars, this can be difficult: A full orbit can take decades or even centuries.

The astronomers have been watching the planet's star, called HR 5183, since the 1990s, but do not have data corresponding to one full orbit of the planet, called HR 5183 b. That’s because it circles its star roughly every 45 to 100 years. The team instead found the planet because of its strange orbit.

“For almost 20 years our data did not show any sign of a planetary companion” around this star, Endl says. “And then we observed the ‘slingshot’ which only lasted about two years,” he says, referring to the planet’s reaching its closest point to the star, and turning to head away from it.

“If we would have stopped observing the star after 15 years, we would have missed it. It makes me wonder how many other stars have massive planets on these slingshot orbits and we usually miss them," Endl says.

The new findings show that it is possible to use the radial velocity method to make detections of other far-flung planets without waiting decades. And, the researchers suggest, looking for more planets like this one could illuminate the role of giant planets in shaping their planetary systems.

Planets take shape out of disks of material left over after stars form. That means that planets should start off in flat, circular orbits. For the newly detected planet to be on such an eccentric orbit, it must have gotten a gravitational kick from some other object. The most plausible scenario, the researchers propose, is that the planet once had a neighbor of similar size. When the two planets got close enough to each other, their strong gravitational interaction ejected one planet completely from the system, and HR 5183 b was nearly ejected, ending up on its highly eccentric orbit.

This discovery demonstrates that our understanding of planets beyond our solar system is still evolving. Researchers continue to find worlds that are unlike anything in our solar system or in planetary systems we have already discovered.

“To understand the planetary systems throughout our galaxy, examples of the full range of possible systems need to be found and studied,” says Phillip MacQueen, technology lead and observer for the McDonald Observatory Planet Search. “While spacecraft have found thousands of systems, a system like HR 5183 is quite unlikely to be found by past or current spacecraft. Not only does our ground-based exoplanet astronomy extend and enhance findings from spacecraft, but it also expands the overall search and study capabilities for exoplanets.”

The McDonald Observatory Planet Search is currently funded by a National Science Foundation grant, with past funding from NASA grants. The astronomers would like to express gratitude to the current and past members of the McDonald Observatory Time Allocation Committee and the Observing Support team, who made their long-term observing program possible. 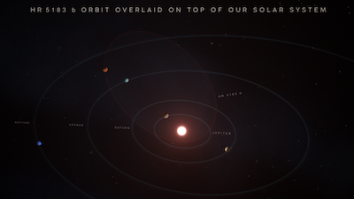 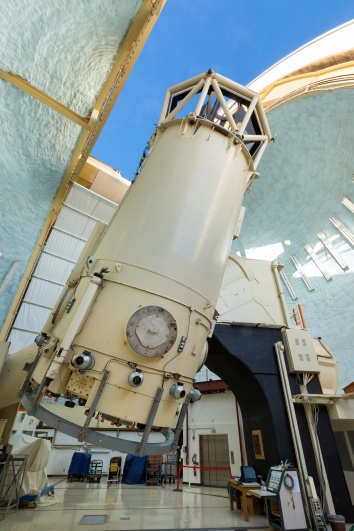 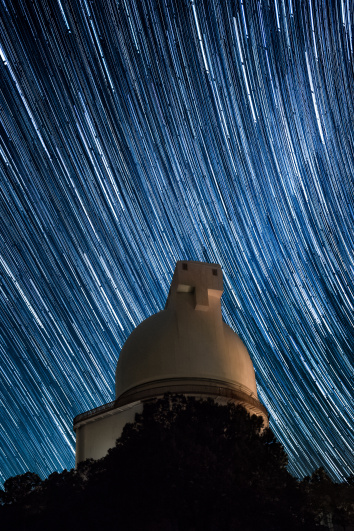