The New Voice of StarDate

StarDate Radio is announcing today that Billy Henry is the program’s new voice. Henry, an Austin-based voice talent, musician, composer, and college lecturer, becomes the third narrator of the program in its 41-year history. He assumes the title from Sandy Wood, who retired from the program yesterday. Henry’s first program airs today.

StarDate is the longest running nationally syndicated science program on American radio. Produced by The University of Texas at Austin’s McDonald Observatory, the program began in 1978. It brings a daily two-minute message of astronomy and skywatching to 2.3 million weekly listeners via more than 300 stations across the country.

“I feel extremely privileged to be a part of  the StarDate team,” Henry said. “I’ve been listening for years and now I get to be the voice. What a great experience.”

“I’ve had the privilege to work with the first two StarDate announcers, Joel Block and Sandy Wood, and I know that Billy will maintain the high standards these great talents have established for the show,” said Damond Benningfield, the show’s producer. “Billy and I have worked together before, so I knew he would be a really good fit for our style and content. I’m looking forward to many years of working together.”

Henry is involved in many creative fields. He is a lecturer at Texas State University in San Marcos, teaching classes in writing music for TV and film, mixing for TV and film, and an introduction to desktop production. He has also taught at The University of Texas at Austin, and done sound design and other creative projects for the theater department.

Henry has written or mixed hundreds of pieces of music for commercial clients ranging from Chili’s to AT&T to Southwest Airlines. In 1999, he wrote the score for the film “American Detective,” and in recent years he has joined the world tours of Shakira, the Dixie Chicks, and The Court Yard Hounds.

Henry also describes himself as a “maker of things,” including musical instruments. He also has a pilot’s license and is working toward his commercial rating. 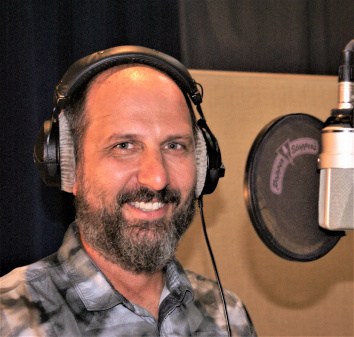