FORT DAVIS, Texas — A new scientific facility is under construction on the grounds of The University of Texas at Austin’s McDonald Observatory that will help scientists better understand Earth and could help minimize the effects of geohazards such as earthquakes, volcanic eruptions, sea level changes and landslides.

Called the McDonald Geodetic Observatory, it is funded by a $4.25 million contract between NASA’s Goddard Spaceflight Center and UT Austin’s Center for Space Research. Scheduled to begin science operations in 2022, the new observatory will focus on geodesy: the science of Earth’s shape, gravity, and rotation — and how these change over time.

The McDonald Geodetic Observatory is part NASA’s Space Geodesy Project, the U.S. portion of a global effort to create a “terrestrial reference frame” for scientists. This reference frame will be made up of extremely well-characterized sites around the world — a collection of landmarks that all other locations on Earth can be measured against precisely.

The network will comprise approximately 30 locations globally. The McDonald site is one of three that NASA is building in the United States.

“This network will serve as the basis for next-generation measurements for precision navigation and global change measurements,” said Srinivas Bettadpur, director of the Center for Space Research at UT Austin.

The McDonald Geodetic Observatory will consist of more than a dozen stations at various locations around McDonald Observatory. The two largest stations will host a laser ranging telescope located on Mount Fowlkes (near the Hobby-Eberly Telescope dome) and a 12-meter radio telescope dish at the base of Mount Locke (near the Frank N. Bash Visitors Center). Both sites are being prepared now, and the laser telescope and radio dish will arrive at McDonald by January. Other stations will host ultra-precise Global Positioning System receivers, weather-monitoring equipment, and more. NASA is furnishing the major scientific systems; the university is funding infrastructure and additional science equipment.

McDonald Observatory is a particularly stable site for geodetic science, with no nearby tectonic activity, such as earthquakes, or large variations in annual rainfall. It also has relatively easy access to bedrock. As such, the site has been used for geodetic science for decades.

After Apollo 11 astronauts placed a mirror (called a retroreflector) on the moon in 1969, McDonald Observatory astronomers routinely targeted it with lasers throughout the 1970s and early 1980s. They caught the reflections with the 107-inch Harlan J. Smith Telescope, and were able to measure the Earth-moon distance with great precision. In the mid-1980s, a dedicated telescope was built for this research. Called the McDonald Laser Ranging Station (MLRS), it is still in use today. MLRS is expected to continue operating alongside the new observatory for at least a year.

Led and managed by the Center for Space Research, the McDonald Geodetic Observatory will bring together scientists and engineers from many parts of the university, with diverse interests in space research, the study of global change, and the characterization of natural hazards. The team comes from UT’s Cockrell School of Engineering, Jackson School of Geosciences, and Applied Research Laboratory. The McDonald Observatory site and infrastructure belong to the College of Natural Sciences. 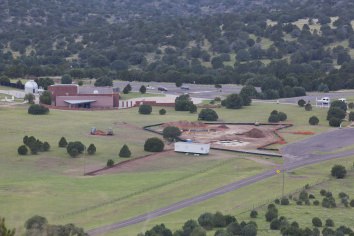 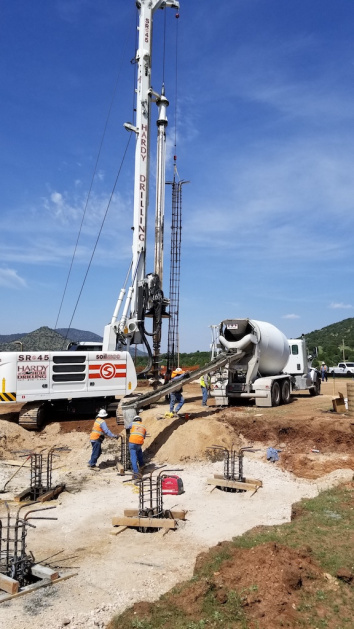 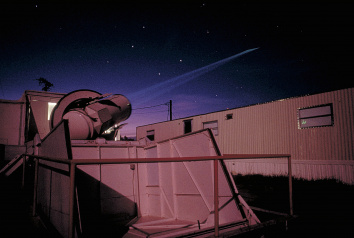 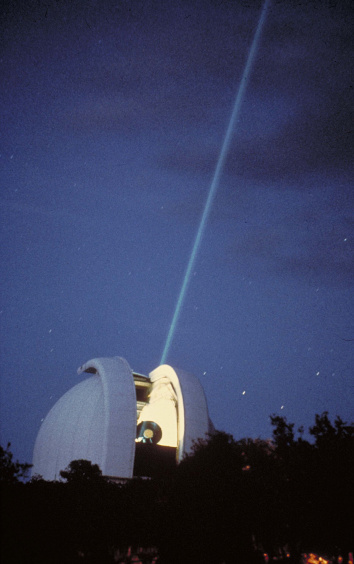