“McDonald Observatory continues to grow in its capabilities and in its science,” said director Dr. Taft Armandroff. “We are pleased and grateful to have another LCO 1-meter telescope studying our very dark skies. The unique capabilities of the Las Cumbres Observatory align well with the research interests of astronomers at The University of Texas at Austin.”

Las Cumbres Observatory is a global network of robotic telescopes. The first telescope in the network was built at McDonald in 2012. Others have followed or are in progress at sites around the world, including Hawaii, Chile, South Africa, Israel, the Canary Islands, Tibet/China, and Australia.

The LCO telescopes at McDonald provide additional science resources to the faculty, research scientists, and graduate students of the UT Austin astronomy program. In exchange for hosting the telescopes, Texas astronomers are granted access to LCO’s entire network.

Texas astronomers use the LCO telescopes for a variety of research projects, including hunting for extrasolar planets and studying the exploding stars known as supernovae. The addition of a new LCO telescope at McDonald means UT Austin astronomers will double their share of observing time on the network.

In addition to the new 1-meter telescope, which is funded by a $1 million grant to LCO by the Heising-Simons Foundation, McDonald will soon host a 0.4-meter LCO telescope. This smaller telescope will be used for both research and educational projects. 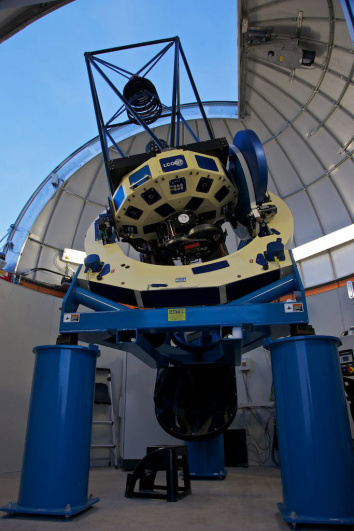 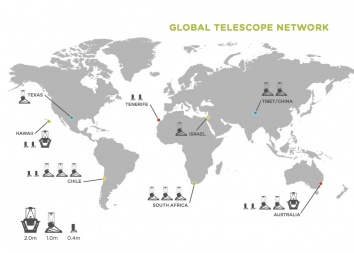