Pasadena, Calif. — The Giant Magellan Telescope Organization (GMTO) today announced the appointment of Walter E. Massey, PhD, and Taft Armandroff, PhD, to the positions of Board Chair and Vice Chair, respectively. Continuing their involvement in new leadership capacities, Massey and Armandroff will guide the GMTO Board, overseeing the construction of the 24.5 meter Giant Magellan Telescope (GMT) in the Chilean Andes and working to complete the partnership of universities, research institutions and private donors who will contribute to the construction and operation of the GMT.

Poised to be the first of a new generation of extremely large telescopes, the GMT will be the largest optical telescope in the world when it comes online in 2022. The project is a distinguished collaboration of US institutions and international partners from Australia, Brazil and Korea. The telescope will be constructed at Las Campanas Observatory in Chile.

“With his exceptional leadership and wisdom Dr. Massey will guide the GMTO Board with a steady hand as the telescope moves through the construction phase,” said Nobel Laureate Prof. Brian Schmidt, Vice Chancellor of the Australian National University. “Dr. Massey has an outstanding record of enabling breakthrough science through stewardship of major research facilities, including the Laser Interferometer Gravitational-Wave Observatory (LIGO).”

With more than 40 years of leadership in science and education, Massey will transition from a member of the Board, to Board Chair, where he will be responsible for supervision of the management team and charting the strategy and direction for the organization. Massey brings experience as a consistent voice for scientific advancement and was notably involved in the ambitious Laser Interferometer Gravitational-Wave Observatory (LIGO) Project. Twenty-five years after he ensured approvals and financial support for the project in his former role as Director of the National Science Foundation, LIGO announced the discovery of gravitational waves. Massey has held various other leadership roles in science and academia including President of the School of the Art Institute of Chicago (SAIC), Director of the Argonne National Laboratory, Vice President for Research and Professor of Physics at the University of Chicago, Professor of Physics and Dean of the College at Brown University, Provost and Senior Vice President for Academic Affairs for the University of California system, and President of Morehouse College. He is currently the Chancellor of SAIC.

Armandroff serves as the director of The University of Texas at Austin’s McDonald Observatory and as a Professor in the Department of Astronomy. Prior to this, Armandroff was Director of the W. M. Keck Observatory in Hawaii for eight years. During his leadership there, the two 10-meter Keck telescopes played a key role in many astronomical discoveries. Armandroff also worked as an astronomer and eventually Associate Director for 19 years at the National Optical Astronomy Observatory (NOAO) in Tucson, Ariz. After a successful year as GMTO Board Chair, he will be stepping into the Vice Chair position, where he will partner with Massey to lead the Board as it advances the GMT through construction.

“The ambition and scale of the GMT collaboration require leadership with a high degree of scientific eminence and experience in the development and management of large science facilities,” said Dr. Robert Zimmer, President of the University of Chicago. “I am delighted that Walter is bringing his extraordinary abilities, as reflected in his distinguished record of scientific leadership, to this new role.”

Massey began his duties as Board Chair on November 2, 2016.

Comments on the News

“The GMT is one of the most exciting and important scientific projects underway in any field, and it has true potential to play a major role in developing programs and opportunities for the future of astronomical discovery. I’m excited to participate in maturing and shaping a scientific instrument of this caliber, and I’m honored to have the opportunity to see it through to successful discovery,” said Walter E. Massey, PhD, Board Chair, GMTO Board of Directors.

“By drawing on the science plans and technology demonstrations from many of the leading research institutions in astronomy, the GMT stands to be an incredible research tool for advancing discoveries in astronomy and deepening humanity’s understanding of our place in the universe. I’m excited to continue on the Board and look forward to working with Walter and the GMTO team,” said Taft Armandroff, PhD, Vice Chair, GMTO Board of Directors.

About the Giant Magellan Telescope Organization 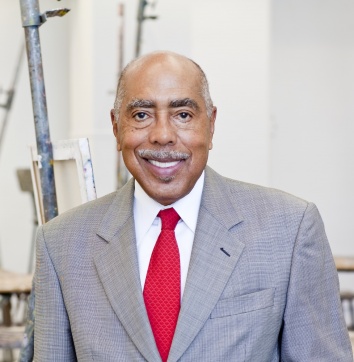 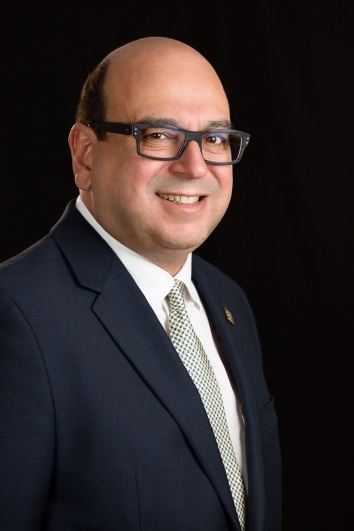