AUSTIN — A team of astronomers led by Andrew Mann of The University of Texas at Austin has confirmed the existence of a young planet, only 11 million years old, that orbits extremely close to its star (at 0.05 AU), with an orbital period of 5.4 days. Approximately five times the size of Earth, the new planet is a "super-Neptune" and the youngest such planet known. The discovery lends unique insights into the origin of planetary system architectures.

An enduring puzzle about exoplanets is their prevalence at orbital distances much closer to their central stars than the planets in our own solar system. How did they get there? One scenario holds that they were born and bred in the hot inner disk close to the star. Other scenarios propose that the close-in planet population originated in cooler climes, at distances beyond the orbit of Earth, and migrated inward to where they now reside. Their migration may have been driven by interactions with either the natal disk, with other planets in the same planetary system, or with more distant stars.

These scenarios can be tested observationally by searching for young planets and studying their orbits. If the close-in population formed in place or migrated in through interactions with the natal disk, they reach their final orbital distances early on and will be found close in at young ages. In comparison, migrating a planet inward through interactions with other planets or more distant stars is effective on much longer timescales. If the latter processes dominate, young planets will not be found close to their stars when they are young.

The new planet, which orbits a star called K2-33 in the 11-million-year-old Upper Scorpius stellar association, is one of the few planets known at such a young age and one of the best characterized. The existence of K2-33b demonstrates that some close-in planets achieve their final orbital distances early on. These planets either form close to the star or migrate there through interactions with the natal disk. The results will be published in a forthcoming issue of the Astronomical Journal.

Andrew Mann said he is intrigued by these results, because how and when close-in planets achieve their orbital radii may affect the outcome of terrestrial planet formation.

K2-33b was first identified as a planetary candidate using data from NASA's repurposed Kepler mission, K2. To confirm the existence of the planet and to characterize its properties, the team conducted an extensive suite of follow up observations.

Explaining the need for these observations, Mann said, "Young stars are trickier to study than the older stars around which most planets are found. They vary intrinsically as a result of stellar activity and they may be surrounded by the debris (dust and rocks) from planet formation. We were able to reject these as explanations for the observed transit signal."

Follow-up observations confirmed that the transiting object is not a companion star or a background object. These were carried out with the IGRINS instrument on the Harlan J. Smith Telescope at UT Austin's McDonald Observatory, as well as on the NIRC2 instrument on the Keck II telescope in Hawaii. Additional transits of the planet were observed with the MEarth arrays at the Whipple Observatory on Mount Hopkins, Arizona and at Cerro Tololo Inter-American Observatory (CTIO) in Chile. Observations with the ARCoIRIS instrument on the Blanco Telescope at CTIO played a critical role in measuring the size of the planet.

In parallel with the work by Mann and colleagues, K2-33 was also studied by another research team led by Trevor David of Caltech. Their results are published today in Nature. The two groups worked independently and reached similar conclusions. 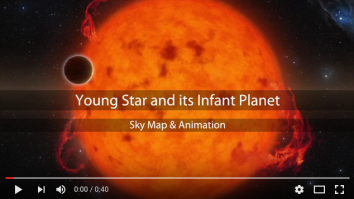 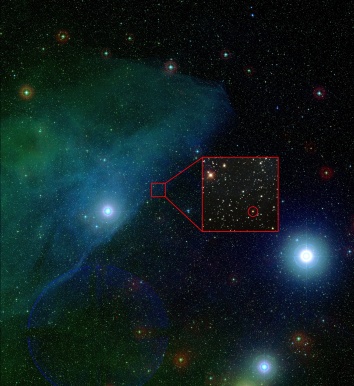 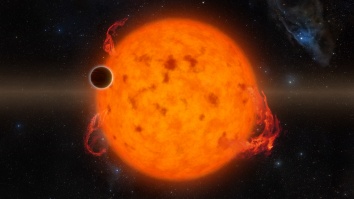 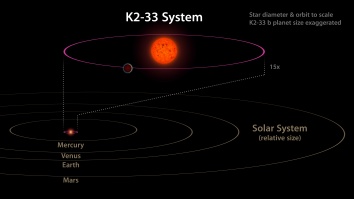 Comparing K2-33 to our Solar System