AUSTIN — University of Texas at Austin astronomer Andrew Mann and colleagues have discovered a planet in a nearby star cluster which could help astronomers better understand how planets form and evolve. The discovery of planet K2-25b used both the Kepler space telescope and the university’s McDonald Observatory, and is published in a recent issue of The Astrophysical Journal.

The planet orbits a red dwarf star, a star smaller and dimmer than the Sun. Red dwarfs are the most abundant stars in our galaxy. The star is located in the Hyades star cluster, the closest open star cluster to Earth. Its stars are young, so their planets must be young, too.

“Open clusters are powerful tools as all the stars formed with the same age and composition,” Mann said. Once many planets are found orbiting young cluster stars, “we can compare those to planets orbiting older stars elsewhere to see if they are different in some fundamental way — to see how planets change with time.”

For instance, he said, if planets orbiting young stars are farther from their host stars than their older counterparts, it suggests that planets migrate over their lifetimes. They may form farther out and migrate inward. Many exoplanetary systems have large planets orbiting close to their stars, unlike our own solar system. This kind of research could test the theory of planetary migration.

After finding many more examples of planets orbiting young stars, “we can put numbers on this,” Mann said. “This could even give us a glimpse into what our solar system looked like” in the past.

The planet’s large size for its parent star suggests that the planet might have a puffy hydrogen and helium atmosphere. Radiation from the star could slowly strip away this atmosphere over time, he said.

“This could have major implications for our understanding of how planets evolve, including Earth-like planets, as we need to know how well a planet can hold an atmosphere given a certain set of conditions to tell how long it remains habitable.”

Amateur astronomers Thomas Jacobs and Daryll LaCourse found this planet candidate in the freely available K2 data from the Kepler space telescope’s extended mission. They contacted Mann, who followed up the tip by observing this red dwarf star with the new IGRINS instrument on the 2.7-meter Harlan J. Smith Telescope at McDonald Observatory.

“Young stars are hard to follow up without something like IGRINS,” Mann said. Because it’s a red dwarf, the star is cool and needed to be studied in infrared light with high spectral resolution. The instrument’s high resolution allows astronomers to rule out the chance that the star has a stellar companion, rather than an orbiting planet. It also helps to confirm that the star is a member of the Hyades cluster, by measuring the star’s velocity and making sure it matches that of the cluster. 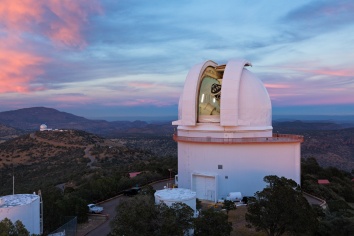 K2-25 in the Hyades Cluster (annotated)

Part of the Hyades Cluster (unannotated) 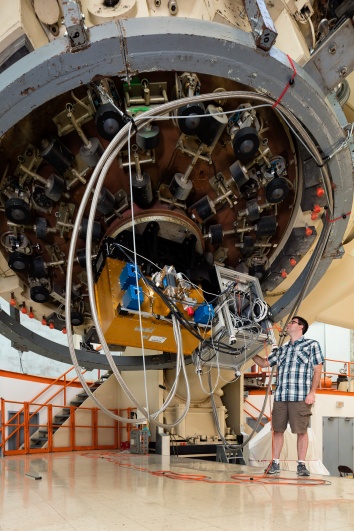 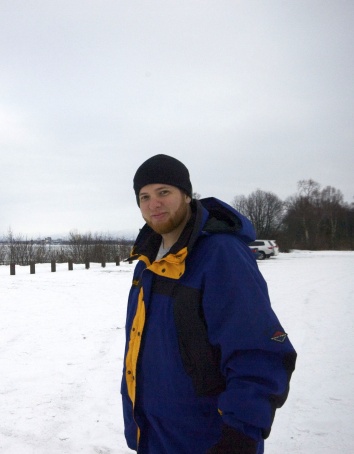