“It’s a tremendous opportunity,” Nance said. “McDonald is part of the Trans-Pecos community. It’s a community-wide asset. That’s foremost in my mind,” he said. “I want to see McDonald grow and prosper for all of its stakeholders, whether they be astronomers, visitors, or teachers.”

Nance said he will work with Armandroff on the director’s three main goals, which include insuring the sustainability of McDonald Observatory, getting the Hobby-Eberly Telescope Dark Energy Experiment (HETDEX) under way at McDonald, and the Observatory’s role in the forthcoming Giant Magellan Telescope.

“Those three things are directly related to what’s going on in West Texas,” Nance said. “I look forward to leading the staff there, leading that vision.”

Nance comes to McDonald from The University of Arizona’s Mount Graham International Observatory, where he has served as director. Prior to that, he was Operations Engineering Manager at the W. M. Keck Observatory in Hawaii, where he worked with Armandroff. From 1997 to 2000, Nance worked at McDonald Observatory. Among other positions, he served as Facility Manager of the Hobby-Eberly Telescope.

“It’s great to return to McDonald Observatory,” he said. “My wife Laura and I are really excited to return to West Texas. We were married in Marfa, and have relatives in the area,” he noted.

Nance replaces outgoing Superintendent Dr. Tom Barnes, who is retiring from McDonald Observatory after more than 40 years, the last five as Superintendent. 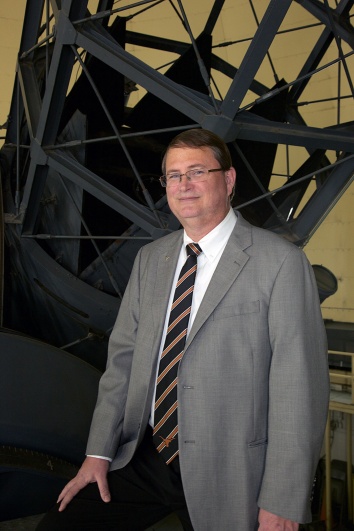