AUSTIN — A team of researchers led by University of Texas at Austin astronomer Ivan Ramirez has identified the first “sibling” of the Sun — a star that was almost certainly born from the same cloud of gas and dust as our star. Ramirez’ methods will help other astronomers find other “solar siblings,” work that could lead to an understanding of how and where our Sun formed, and how our solar system became hospitable for life. The work will be published in the June 1 issue of The Astrophysical Journal.

“We want to know where we were born,” Ramirez said. “If we can figure out in what part of the galaxy the Sun formed, we can constrain conditions on the early solar system. That could help us understand why we are here.”

Additionally, there is a chance, “small, but not zero,” Ramirez said, that these solar sibling stars could host planets that harbor life. In their earliest days within their birth cluster, he explains, collisions could have knocked chunks off of planets, and these fragments could have travelled between solar systems, and perhaps even may have been responsible for bringing primitive life to Earth. Or, fragments from Earth could have transported life to planets orbiting solar siblings. “So it could be argued that solar siblings are key candidates in the search for extraterrestrial life,” Ramirez said.

The solar sibling his team identified is a star called HD 162826, a star 15 percent more massive than the Sun, located 110 light-years away in the constellation Hercules. The star is not visible to the unaided eye, but easily can be seen with low-power binoculars, not far from the bright star Vega.

The team identified HD 162826 as the Sun’s sibling by following up on 30 possible candidates found by several groups around the world looking for solar siblings. Ramirez’ team studied 23 of these stars in depth with the Harlan J. Smith Telescope at McDonald Observatory, and the remaining stars (visible only from the southern hemisphere) with the Clay Magellan Telescope at Las Campanas Observatory in Chile. All of these observations used high-resolution spectroscopy to get a deep understanding of the stars’ chemical make-up.

But several factors are needed to really pin down a solar sibling, Ramirez said. In addition to chemical analysis, his team also included information about the stars’ orbits — where they had been and where they are going in their paths around the center of the Milky Way galaxy. The team’s experts in this field, which is called “dynamics,” are A. T. Bajkova of the Pulkovo Astronomical Observatory in St. Petersburg, Russia, and V. V. Bobylev of St. Petersburg State University.

Combining information on both chemical make-up and dynamics of the candidates narrowed the field down to one: HD 162826.

By “lucky coincidence,” Ramirez said, this star has been studied by the McDonald Observatory Planet Search team. “They have been observing it for more than 15 years,” he said. Those studies, by The University of Texas’ Michael Endl and William Cochran, together with calculations by Rob Wittenmyer of the University of New South Wales, have ruled out any “hot Jupiters” — massive planets orbiting close to the star. The studies indicate that it’s unlikely that a Jupiter analog orbits the star, either, but they do not rule out the presence of smaller terrestrial planets.

While the finding of a single solar sibling is intriguing, Ramirez points out that the project has a larger purpose: to create a road map for how to identify solar siblings, in preparation for the flood of data expected soon from surveys like Gaia.

“The idea is that the Sun was born in a cluster with a thousand or a hundred thousand stars. This cluster, which formed more than 4.5 billion years ago, has since broken up,” he says. “A lot of things can happen in that amount of time.” The member stars have broken off into their own orbits around the galactic center, taking them to different parts of the Milky Way today. A few, like HD 162826, are still nearby. Others are much farther afield.

The data coming soon from Gaia is “not going to be limited to the solar neighborhood,” Ramirez said, noting that Gaia will provide accurate distances and proper motions for a billion stars, allowing astronomers to search for solar siblings all the way to the center of our galaxy. “The number of stars that we can study will increase by a factor of 10,000,” Ramirez said.

But even with information on more stars to work with, it’s not like “we’re going to throw this data into a machine and it’s going to spit out the answer,” Ramirez said. “It’s not that simple. You have to be careful, do things the old way: star-by-star analysis.”

He says his team’s road map, however, will speed up the process.

“Don’t invest a lot of time in analyzing every detail in every star,” he said. “You can concentrate on certain key chemical elements that are going to be very useful.” These elements are ones that vary greatly among stars which otherwise have very similar chemical compositions. These highly variable chemical elements are largely dependent on where in the galaxy the star formed. Ramirez’ team has identified the elements barium and yttrium as particularly useful.

Once many more solar siblings have been identified, astronomers will be one step closer to knowing where and how the Sun formed. To reach that goal, the dynamics specialists will make models that run the orbits of all known solar siblings backward in time, to find where they intersect: their birthplace.

Note to editors: The research article is available on Ramirez' website at http://www.as.utexas.edu/~ivan/sun_siblings.pdf 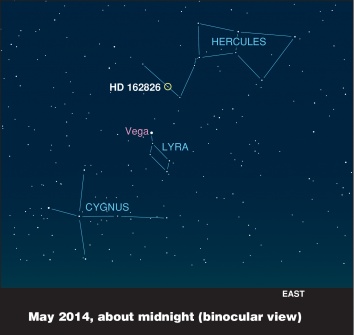