Astronomer Taft Armandroff has been appointed the new director of The University of Texas at Austin’s McDonald Observatory in Fort Davis, Texas.

Armandroff, who is currently director of the W.M. Keck Observatory in Mauna Kea, Hawai’i, will join the university in June 2014.

He succeeds David Lambert, who, as the observatory’s third director, propelled the observatory to national prominence. Lambert will resume his position as a full-time faculty member in the Department of Astronomy.

“The McDonald Observatory is one of the most significant astronomical research facilities in the world, and Taft is well-suited to provide innovative leadership at the observatory and continue to strengthen its role as a key center for discoveries about our universe,” said Linda Hicke, dean of the College of Natural Sciences. “I am delighted that he will be joining our community.”

"I'm tremendously excited to be joining the Texas astronomy program, and to develop the McDonald Observatory further with new instrumentation and research programs, and to continue the observatory's stellar efforts to communicate astronomy discoveries to the public,” said Armandroff. “There are very few places like UT Austin that can boast such a strong astronomy faculty, total access to a facility like the McDonald Observatory, and participation in a next generation telescope such as the Giant Magellan Telescope.”

Armandroff is a widely recognized research astronomer with a specialty in dwarf spheroidal galaxies, stellar populations in the galaxy and nearby galaxies, and globular clusters.

Prior to joining Keck Observatory in 2006, he worked for nineteen years at the National Optical Astronomy Observatory (NOAO) in Tucson, Arizona. During his last five years at NOAO, he held the positions of associate director of NOAO and director of the NOAO Gemini Science Center. Armandroff is a 1982 graduate of Wesleyan University, holding a B.A. in astronomy with high honors. He then continued his studies at Yale University, earning an M.S., M. Phil., and Ph.D. in astronomy.

The McDonald Observatory is celebrating its 75th anniversary this year. The observatory is home to multiple telescopes undertaking a wide range of astronomical research under the darkest night skies of any professional observatory in the continental United States.

It is home to the consortium-run Hobby-Eberly Telescope (HET), one of the world's largest, which is now being upgraded to begin the HET Dark Energy Experiment. An internationally known leader in astronomy education and outreach, McDonald Observatory is also pioneering the next generation of astronomical research as a founding partner of the Giant Magellan Telescope. 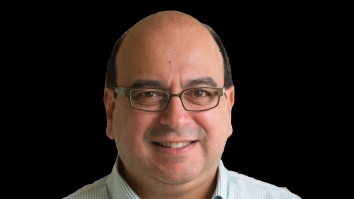