AUSTIN — Astronomers at The University of Texas at Austin believe they have discovered the answer to a 20-year debate over how the mysterious cosmic “dark matter” is distributed in small galaxies. Graduate student John Jardel and his advisor Karl Gebhardt found that the distribution, on average, follows a simple law of decreasing density from the galaxy’s center, although the exact distribution often varies from galaxy to galaxy. The findings are published today in The Astrophysical Journal Letters.

Dark matter is matter that gives off no light, but that astronomers detect by seeing its gravitational tug on other objects (like stars). Theories abound on what dark matter might be made of — unseen particles, dead stars, and more — but nobody knows for sure. Though mysterious, understanding the nature of dark matter is important, because it makes up most of the matter in the universe. The only way to understand how the cosmos evolved to its present state is to decode dark matter’s role.

For the past 20 years, observational astronomers and theorists have debated how dark matter is distributed in galaxies. Observational astronomers, through their studies of telescope data, have argued that galaxies have a fairly uniform distribution of dark matter throughout. Theorists, backed by computer simulations from the 1990s, have argued that dark matter density decreases steadily from a galaxy’s core to its hinterlands. The disagreement is known as the “core/cusp debate.”

Jardel’s work set out to study the question using both data from telescopes and newly developed computer modeling. The project started out “not assuming core or cusp theory is right,” he says, “but just asking ‘what is it?.’ These new models allowed us to take this approach.”

Jardel used telescope observations of several of the satellite galaxies orbiting the Milky Way, including the Carina, Draco, Fornax, Sculptor, and Sextans dwarf galaxies. The work involved running many supercomputer models for each galaxy to determine the distribution of dark matter within it, using the university’s Texas Advanced Computing Center (TACC).

He found that in some of the galaxies, the dark matter density decreased steadily from the center. In others, the density held constant. And some galaxies fell in between. However, when all the galaxies’ distributions were analyzed together, the results showed that on average, the theorists were right.

“When you look at individual galaxies,” Jardel says, “some of them look wildly different from expectations. However, when you average several galaxies together, these differences tend to cancel each other out.” This seems to suggest that the theory behind dark matter in galaxies is correct on the whole, but that “each galaxy develops slightly differently.”

The results do “pose more questions — questions about dark matter itself, and how normal matter interacted with dark matter” to form the types of galaxies seen today, Jardel says.

Possible next steps in this research include getting more telescope observations of these galaxies, both their centers and their extreme outlying regions, to understand the distribution of dark matter within them even better. More theory is also needed to explain the details of why certain galaxies’ dark matter halos deviate from the norm.

This work was partially funded by a grant from the National Science Foundation.

John Jardel
Graduate student, Dept. of Astronomy
The University of Texas at Austin
512-471-1495

Dr. Karl Gebhardt
Herman and Joan Suit Professor in Astronomy
The University of Texas at Austin
512-471-1473 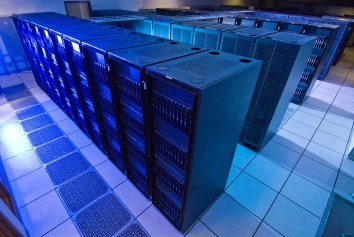