This six-minute video describes the journey the telescope took from Dr. Chow on its way to McDonald. Video by Jeff Chow — www.jeffchowonline.com

FORT DAVIS — The new Alan Y. Chow Telescope was dedicated July 27 at McDonald Observatory during the semi-annual meeting of the University of Texas at Austin Astronomy Program’s Board of Visitors. (A 45-minute video of the entire dedication ceremony is available here.)

Rather than break a bottle of champagne over the telescope, the ceremony included the stomping of a jalapeno.

The Chow Telescope will be used during Star Parties and other public programs. It will also give elementary and secondary teachers and students access to a professional instrument for research, and be used to train those teachers at the observatory’s summer teacher workshops.

Housed in a new dome within the Rebecca Gale Telescope Park behind the Frank N. Bash Visitors Center, the Chow Telescope is a 24-inch Ritchey-Chrétien-type manufactured by RCOS. Las Cumbres Observatory Global Telescope (LCOGT), a global science and education astrophysics program operating more than a dozen robotic telescopes around the world, provided the dome and integrated the telescope into their global system.

Dr. Alan Chow of Glen Ellyn, Illinois donated the telescope. A physician, inventor, teacher, and dedicated amateur astronomer, Dr. Chow is interested in getting the public and students excited about astronomy. He hopes the placement of the Chow Telescope at McDonald will allow them to experience the wonders of the night sky through it with their own eyes.

LCOGT director and founder Wayne Rosing noted that, "Doctor Chow's generous donation, and his wish to make astronomy available to students and enthusiasts who cannot necessarily visit McDonald, gave us the opportunity to make it possible to run the telescope either manually or remotely whenever it is clear and dark in West Texas."

In addition to Dr. Chow, other major supporters of this project include Las Cumbres Observatory Global Telescope, Wayne Rosing and Dorothy Largay, the estate of Leopold Tedesco, and the Frank & Susan Bash Endowed Chair for the Director of the McDonald Observatory. 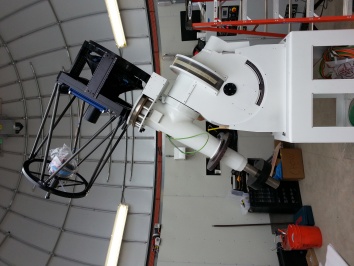 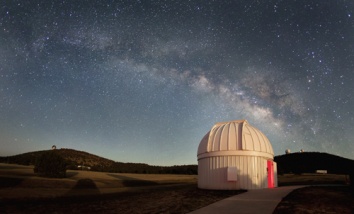 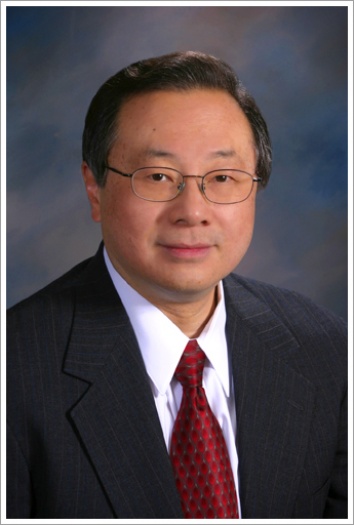