GALVESTON — The University of Texas at Austin is naming an innovative astronomical instrument doing groundbreaking work at McDonald Observatory after pioneering energy producer, real estate developer, and philanthropist George P. Mitchell and his late wife Cynthia Mitchell. University representatives including McDonald Observatory Director David L. Lambert and Chief Astronomer Gary Hill, along with members of the UT-Austin Astronomy Program Board of Visitors, will celebrate the event with Mr. Mitchell and his family at a private event in Galveston today.

They event will celebrate the naming of "The George and Cynthia Mitchell Spectrograph." A spectrograph is an instrument that takes light coming into a telescope and breaks it up into its component wavelengths to reveal a plethora of information about the star or galaxy under study. It can reveal an object's chemical make-up, speed and direction of motion on the sky, and distance.

The Mitchell Spectrograph “is simply the world’s best instrument for studying the structure and kinematics of galaxies, along with the enormous dark-matter halos that surround them," said McDonald Director David Lambert. “It also makes unique contributions to studies of the last stages of Sun-like stars, star formation in colliding galaxies, and other astronomical questions.

“We are proud and honored that this excellent instrument has been named for these extraordinary benefactors," Lambert said.

More than 20 major scientific papers based on data from the spectrograph have been published (with scores of citations) and others are in press. At today's luncheon, university representatives will present Mr. Mitchell with a bound volume of these papers. Mr. Mitchell's daughters Sheridan Lorenz and Meredith Dreiss, as well as granddaughter Katherine Lorenz (president of the Cynthia and George Mitchell Foundation), will be in attendance.

Previously known as VIRUS-P, the Mitchell Spectrograph was built as a prototype for a forthcoming instrument called VIRUS (Visible Integral-field Replicable Unit Spectrograph) needed for a major international study of one of the greatest mysteries in science today — dark energy. The $36-million Hobby-Eberly Telescope Dark Energy Experiment (HETDEX) will be carried out at McDonald Observatory, and the prep work done with the Mitchell Spectrograph is crucial to its success. After going into service on the observatory's 2.7-meter Harlan J. Smith Telescope in 2007, it proved the concept for VIRUS and then was used for a pilot survey that showed the abundance of faint, distant star-forming galaxies required for the enormous HETDEX survey.

However, the Mitchell Spectrograph has become an important scientific instrument in its own right and is much sought after by both Texas astronomers and others from around the world who come to McDonald Observatory to carry out their studies. It will continue to be used well into the future. It could not have been built without funding from George P. Mitchell and the Cynthia and George Mitchell Foundation, who provided $750,000 for its construction.

Support to the observatory from Mr. Mitchell and the Cynthia and George Mitchell Foundation extends beyond their support for this instrument.

In 2005, Mr. Mitchell and his Foundation also created a $250,000 endowment for the observatory’s Education and Outreach office, which provides funding for programs that benefit Texas K-12 teachers and students.

In May 2010, Mr. Mitchell announced a $25-million gift to the GMT project, split between Texas A&M University and the Carnegie Institution for Science.

“George Mitchell’s innovations in oil and gas exploration have led to developments that will make the United States a net energy exporter in the next decade — that’s revolutionary," Lambert said. "His philanthropy has strengthened scientific research and engineering at The University of Texas at Austin and Texas A&M University in ways that will also shape the future. We hope that future research undertaken using the George and Cynthia Mitchell Spectrograph at McDonald Observatory will be worthy additions to that legacy." 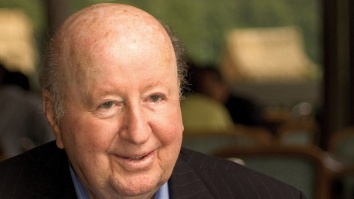 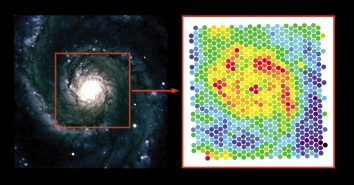