SEATTLE — Astronomers led by Karl Gebhardt of The University of Texas at Austin have measured the most massive known black hole in our cosmic neighborhood by combining data from a giant telescope in Hawai'i and a smaller telescope in Texas. The result is an ironclad mass of 6.6 billion Suns for the black hole in the giant elliptical galaxy M87. This enormous mass is the largest ever measured for a black hole using a direct technique. Given its massive size, M87 is the best candidate for future studies to actually "see" a black hole for the first time, rather than relying on indirect evidence of their existence as astronomers have for decades.

Gebhardt, the Herman and Joan Suit Professor of Astrophysics at the university, led a team of researchers using the 8-meter Gemini North telescope in Hawai'i to probe the motions of stars around the black hole in the center of the massive galaxy M87.

University of Texas graduate student Jeremy Murphy has used the Harlan J. Smith Telescope at the university's McDonald Observatory in West Texas to probe the outer reaches of the galaxy — the so-called "dark halo." The dark halo is a region surrounding the galaxy filled with "dark matter," an unknown type of mass that gives off no light but is detectable by its gravitational effect on other objects.

In order to pin down the black hole's mass conclusively, Gebhardt says, one must account for all the components in the galaxy. Thus, studies of both the central and outermost regions of a galaxy are necessary to "see" the influence of the dark halo, the black hole, and the stars. But when all of these components are considered together, Gebhardt says, the results on the black hole are definitive, meeting what he calls the "gold standard" for accurately sizing up a black hole.

Gebhardt used the Near-Infrared Field Spectrograph (NIFS) on Gemini to measure the speed of the stars as they orbit the black hole. The study was improved by Gemini's use of "adaptive optics," a system which compensates, in real time, for shifts in the atmosphere that can blur details seen by telescopes on the ground.

Together with the telescope's large collecting area, the adaptive optics system allowed Gebhardt and Texas graduate student Joshua Adams to track the stars at M87's heart with 10 times greater resolution than previous studies.

"The result was only possible by combining the advantages of telescope size and spatial resolution at levels usually restricted to ground and space facilities, respectively," Adams says.

Astronomer Tod Lauer of the National Optical Astronomy Observatory, also involved in the Gemini observations, says "Our ability to obtain such a robust black hole mass for M87 bodes well for our ongoing efforts to hunt for even larger black holes in galaxies more distant than M87."

Texas graduate student Jeremy Murphy used a very different instrument to track the motions of stars at the outskirts of the galaxy. Studying the stars' movements in these distant regions gives astronomers insight into what the unseen dark matter in the halo is doing. For this work, Murphy employed an innovative instrument called VIRUS-P on McDonald Observatory's Harlan J. Smith Telescope.

Studying the distant edges of a galaxy, far from the bright center, is a tricky business, Gebhardt says.

"That has been an enormous struggle for a long time, trying to get what the dark halo is doing at the edge of the galaxy, simply because, when you look there, the stellar light is faint," he says. "This is where the VIRUS-P data comes in, because it can observe such a huge chunk of sky at once."

This means the instrument can add together the faint light from many dim stars and add them together to create one detailed observation. This kind of instrument is called an "integral field unit spectrograph," and VIRUS-P is the world's largest.

"The ability of VIRUS-P to dig deep into the outer halo of M87 and tell us how the stars are moving is impressive," Murphy says. "It has quickly become the leading instrument for this type of work."

The combined Gemini and McDonald data have allowed the team to pinpoint the mass of M87's black hole at 6.6 billion Suns. But measuring such a massive black hole is only one step toward a greater goal.

"My ultimate goal is to understand how the stars assembled themselves in a galaxy over time," Gebhardt says.

Today's conclusions also hint at another tantalizing possibility for the future: the chance to actually "see" a black hole. "There's no direct evidence yet that black holes exist," Gebhardt says, " ... zero, absolutely zero observational evidence. To infer a black hole currently, we choose the 'none of above' option. This is basically because alternative explanations are increasingly being ruled out."

However, he says that the black hole in M87 is so massive that astronomers someday may be able to detect its "event horizon" — the edge of a black hole, beyond which nothing can escape. The event horizon of M87's black hole is about three times larger than the orbit of Pluto — large enough to swallow our solar system whole. (Good thing M87 is 50 million light-years away!)

Though the technology does not yet exist, M87's event horizon covers a patch of sky large enough to be imaged by future telescopes. Gebhardt says future astronomers could use a world-wide network of submillimeter telescopes to look for the shadow of the event horizon on a disk of gas that surrounds M87's black hole.

Established in 1932, The University of Texas at Austin McDonald Observatory near Fort Davis, Texas, hosts multiple telescopes undertaking a wide range of astronomical research under the darkest night skies of any professional observatory in the continental United States. McDonald is home to the consortium-run Hobby-Eberly Telescope, one of the world’s largest, which will soon be upgraded to begin the HET Dark Energy Experiment. An internationally known leader in
astronomy education and outreach, McDonald Observatory is also pioneering the next generation of astronomical research as a founding partner of the Giant Magellan Telescope.

The Gemini Observatory is an international collaboration with two identical 8-meter telescopes. The Frederick C. Gillett Gemini Telescope is located at Mauna Kea, Hawai’i (Gemini North) and the other telescope at Cerro Pachón in central Chile (Gemini South), and hence provide full coverage of both hemispheres of the sky. Both telescopes incorporate new technologies that allow large, relatively thin mirrors under active control to collect and focus both optical and infrared radiation from space.

The Gemini Observatory provides the astronomical communities in each partner country with state-of-the-art astronomical facilities that allocate observing time in proportion to each country’s contribution. In addition to financial support, each country also contributes significant scientific and technical resources. The national research agencies that form the Gemini partnership include: the US National Science Foundation (NSF), the UK Science and Technology Facilities Council (STFC), the Canadian National Research Council (NRC), the Chilean Comisión Nacional de Investigación Cientifica y Tecnológica (CONICYT), the Australian Research Council
(ARC), the Argentinean Consejo Nacional de Investigaciones Científicas y Técnicas (CONICET) and the Brazilian Conselho Nacional de Desenvolvimento Científico e Tecnológico CNPq). The observatory is managed by the Association of Universities for Research in Astronomy, Inc. (AURA) under a cooperative agreement with the NSF. The NSF also serves as the executive agency for the international partnership. Any opinions, findings, and conclusions or recommendations expressed in this material are those of the author(s) and do not necessarily reflect the views of the National Science Foundation. 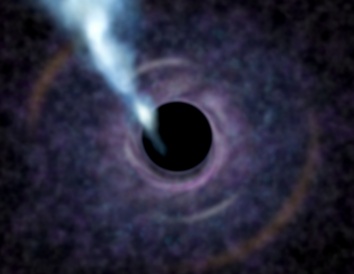