A project to discover the nature of dark energy, a mysterious force causing the expansion of the universe to speed up, has received an $8 million grant from the National Science Foundation (NSF).

“HETDEX is one of our gems within the university,” said William Powers Jr., president of The University of Texas at Austin. “It’s one of the projects being done here today that will still be talked about in a hundred years, the way we now read about discoveries by Newton and Einstein. This NSF grant is strong confirmation of the project’s importance and our commitment to it.”

Both of Texas' flagship universities will play a major role in the project.

“Collaborating on such an important project with our colleagues at The University of Texas at Austin and Penn State University speaks directly to the important role that flagship, tier-one research institutions have in unlocking the mysteries of the universe and developing new knowledge,” said R. Bowen Loftin, president of Texas A&M. “With this grant, we are able to pull together many of the top minds in astronomy and physics for a project that will have a significant, historical impact.”

One form of dark energy was described by Albert Einstein in 1917 in his theory of general relativity, but no one took the idea seriously until 1998. That year, two groups, one of which was co-founded by Texas A&M astronomer Nicholas Suntzeff, made precise measurements of the expansion rate of the universe showing that it was expanding faster than in the past — a total surprise, akin to throwing a ball into the air and realizing it is speeding up as it flies into the sky, rather than slowing down and returning. Scientists have dubbed the unknown cause “dark energy.” Because dark energy makes up 70 percent of the mass and energy of the universe, understanding its nature has been called the number one problem in physics today.

HETDEX will upgrade the Hobby-Eberly Telescope (HET), one of the world’s largest, to use a specially designed instrument, which over three years will make one of the largest maps of the universe to date.

The HETDEX survey will pinpoint the positions of one million star-forming galaxies between 10 billion and 11 billion light-years away.

This enormous map will measure accurately how the universe expands over time. Because acceleration in this expansion is because of dark energy, HETDEX will determine whether or not dark energy is a constant through time — a key element in understanding precisely what it is.

“I am delighted that the HET, and in particular the HETDEX team, has been recognized by the National Science Foundation as one of the leaders in addressing one of the most fundamental scientific questions of our time,” said Daniel Larson, chair of the HET Board of Directors and dean of Penn State’s Eberly College of Science.

The NSF funds will be administered over the next five years.

"The HETDEX project is a critical part of the coordinated, multi-agency response to the 2006 report from the Astronomy and Astrophysics Advisory Committee's Dark Energy Task Force, which recommended a multi-pronged approach to the enigma known as dark energy," said Dr. Nigel Sharp, Astronomy Program officer at the National Science Foundation. "NSF's Division of Astronomical Sciences is pleased to support the project, which will have broad impact and value well beyond the focus of dark energy."

“There are two areas the NSF money is going for,” said project scientist Karl Gebhardt of The University of Texas at Austin. “To build the VIRUS spectrograph, which is the heart of the project, and also for the science — analyzing the data, theoretical work, post-docs and graduate students.”

The VIRUS instrument will be assembled and aligned at Texas A&M University. This novel instrument comprises 150 copies of a single spectrograph, an instrument that gathers light from distant galaxies and splits it into its individual wavelengths, known as a spectrum. A spectrum reveals an object’s chemical composition, its temperature and the speed it is moving toward or away from us.

The replication of this single unit makes it possible to build VIRUS faster and cheaper than a single giant spectrograph with the same capabilities. The power of VIRUS is that it simultaneously captures spectra from 33,000 points on the sky simultaneously, using fiber optics developed for the telecommunications industry to transfer the light from the telescope to the huge replicated array of spectrographs.

“VIRUS is unique,” said HETDEX principal investigator Gary Hill of The University of Texas at Austin. “It captures spectra from everything that falls on its fibers so we can survey a large area of sky very quickly. The powerful combination of the HET and VIRUS creates a unique survey facility that will allow us a new window on dark energy, and will also open up the study of dark matter and the formation of the Milky Way.”

Darren DePoy, professor of physics and astronomy and holder of the Rachal-Mitchell-Heep Endowed Professorship in Physics at Texas A&M, said because VIRUS allows spectroscopic observations of a large number of objects simultaneously, it is well suited to measuring the subtle effects that dark energy has on the structure of the universe. The power of the new instrument also will enable a broad range of other astronomy projects.

“We are fortunate at Texas A&M to have both the high-quality lab space and excellent students and staff capable of building such instrumentation,” said DePoy, a member of Texas A&M’s George P. and Cynthia Woods Mitchell Institute for Fundamental Physics and Astronomy. “Our team includes undergraduate and graduate students from several science and engineering departments and research scientists and engineers in the instrumentation group. All of us are excited to be part of such a groundbreaking project.”

The assembly and testing of the VIRUS instrument will be completed by DePoy, Jennifer Marshall and fellow researchers within Texas A&M’s Charles R. ‘62 and Judith G. Munnerlyn Astronomical Laboratory, which is directed by DePoy.

“The production-line style of constructing 150 spectrographs will be a challenge," said Marshall, lecturer and research scientist in the Texas A&M Department of Physics and Astronomy, "because astronomers generally only build a single instrument for a particular scientific project. We look forward to the challenge and to the scientific results that the instrument will enable.”

In addition to their contribution to the science goals, Penn State’s role in the preparation for the HETDEX project is contributing to the planning of the observations and the commissioning of VIRUS.

“The HETDEX observations, in addition to revealing key information about the expansion history of the universe, will also provide important insights into the formation of galaxies,” said Robin Ciardullo, professor of astronomy and astrophysics at Penn State and a member of the HETDEX science team. “We will be obtaining information from a time before our sun was born. We believe that many of the objects HETDEX detects will someday evolve into galaxies similar to the Milky Way, so the experiment will also be providing a glimpse into our galaxy’s infancy.”

German partners in the HETDEX project include Universitäts-Sternwarte München, Astrophysikaliches Institut Potsdam and Max-Planck-Institut für extraterrestriche Physik. Each is contributing to hardware, software, or science preparation for the project.

Timeline
Now six years in, “the project is on track,” Gebhardt said. Work includes building a new top end for the Hobby-Eberly Telescope. Called the Harold C. Simmons Dark Energy Optical System, it includes four mirrors and other optics. This work is being carried out in Austin at the University of Texas’ Center for Electromechanics and is to be completed by the end of the year.

The top end of the telescope will be taken apart to be upgraded beginning next May. The new top end will be delivered to McDonald Observatory late next summer. After installation and commissioning, the HETDEX survey will begin in January 2012, and reach routine operations by that spring. The survey will take three years, ending in June 2014. Once completed, the survey data will be released to the public.

The World Stage
The quest to understand the nature of dark energy has caught the imagination of astronomers around the world, and many projects have been undertaken to probe its mysteries. HETDEX is a front-runner in this effort, being nearly fully funded and set to probe an epoch of cosmic history no other project will tackle.

Members of the HETDEX team are involved with two other major dark energy projects. Texas A&M is part of the Dark Energy Survey led by Fermilab, and Penn State is involved with the Baryon Oscillation Spectroscopic Survey that will be carried out as part of the ongoing Sloan Digital Sky Survey.

Through both HETDEX and these other connections, the State of Texas will play a major role in forthcoming breakthroughs expected about dark energy, Gebhardt said.

Outreach
The NSF funding will support the project’s education and outreach. Plans include upgrading the project’s extensive Web site, a new bilingual, family-focused exhibit called “The Dark Energy Experiment: Illuminating the Universe” for McDonald Observatory’s Frank N. Bash Visitors Center (a popular tourist destination that receives about 55,000 visitors annually), and the creation of science and math activities for use in elementary and secondary schools.

Funding
HETDEX is nearly completely funded. Most of its funding has been provided by the donations of individuals and foundations. That money has funded the necessary upgrades to the telescope, enlarging its field of view. Less than 10 percent of the funds remain to be raised.

Established in 1932, The University of Texas at Austin McDonald Observatory near Fort Davis, Texas, hosts multiple telescopes undertaking a wide range of astronomical research under the darkest night skies of any professional observatory in the continental United States. The Hobby-Eberly Telescope at McDonald is a joint project of The University of Texas at Austin, Penn State University, Stanford University, Ludwig-Maximilians-Universität München and Georg-August-Universität Göttingen. 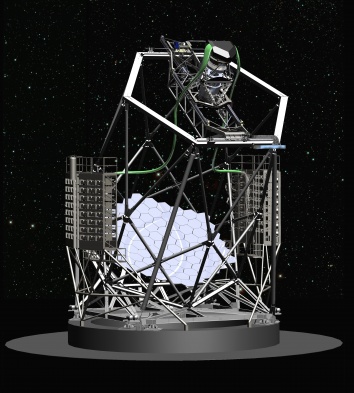 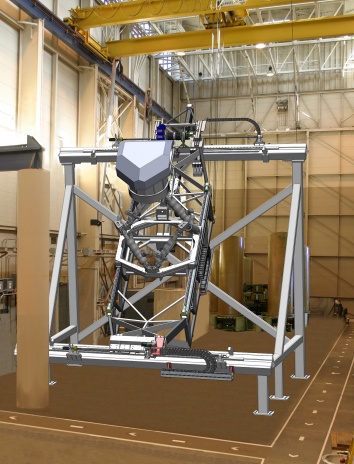