FORT DAVIS, Texas — The University of Texas at Austin McDonald Observatory is dedicating a unique telescope tomorrow at its Frank N. Bash Visitors Center. The Wren-Marcario Accessible Telescope, or WMAT, is designed to be 100 percent wheelchair accessible for mobility-impaired visitors to the Observatory. It will provide sharp views of the Moon, planets, and deep-sky objects for visitors under the darkest night skies of any professional observatory in the continental United States.

Situated behind the Frank N. Bash Visitors Center, the telescope sits on a concrete pad and is surrounded by wide wheelchair paths. It is part of the Rebecca Gale Telescope Park used for the Observatory’s popular star parties held every Tuesday, Friday, and Saturday night throughout the year. The telescope will be used by non-impaired guests, as well.

The telescope was commissioned earlier this year, and performed well for thousands of visitors during Spring Break in March.

Based on a design by physicist August Pfund, the telescope’s two 18-inch (0.46 m) primary mirrors are aligned north-south, with a steering flat mirror centered between, them to allow quick, easy access to the entire sky. The small movable portion of the design allows the telescope to move rapidly from one target to the next, while the eyepiece stays fixed. This high-speed pointing system will allow mobility-impaired visitors a much greater level of participation in star parties than previously possible.

WMAT is named in honor of George B. Wren II (1917-1993) and Mike Marcario (1954-1998). George B. Wren II was Bill Wren’s father. Mike Marcario was a McDonald Night Assistant during the mid-1990s, an optician who fabricated a key optical element for the Marcario Low-Resolution Spectrograph on the Hobby-Eberly Telescope, and friend of the Observatory.

WMAT was made possible by donations from Wayne Rosing and Dorothy Largay, Mike and Shirley Marcario, Mike I. and Dee Jones, Bill and Becky Wren, and anonymous donors. 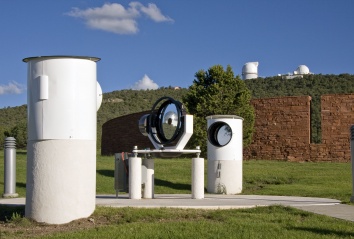 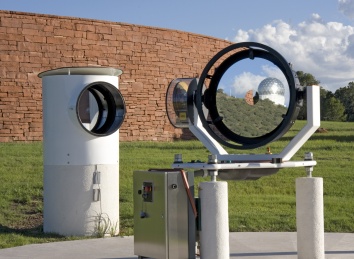