FORT DAVIS, Texas —The University of Texas at Austin McDonald Observatory is kicking off a campaign to promote awareness of the causes, effects, and solutions to light pollution — stray light shone into the sky where it’s wasted, rather than down on the ground where it’s useful.

The Observatory will be promoting dark skies awareness through its nationally syndicated StarDate radio program, its Spanish-language radio program Universo, and through online video and summer programs on-site at its home in West Texas.

The radio programs will feature dark skies information daily in the coming week (June 28-July 4). For more information on these programs and to find a station in your area, visit the StarDate site and the Universo site.

The Observatory has produced a three-minute video detailing easy steps that we can all take to preserve the night sky. This video is posted at the Observatory’s Dark Skies Web site, and on its new YouTube channel. The video also will be shown to the 55,000 annual visitors to McDonald Observatory at the Cullen Theater in the Frank N. Bash Visitors Center.

Stray light cast into the sky by poorly designed security and street lights, porch lamps, and neon signs fill the sky with so much light that they obscure the rest of the universe beyond, including the beautiful Milky Way, and hides all but the brightest meteors. Only a handful of bright stars and planets shine through it.

“McDonald Observatory is fortunate to have the darkest night skies of any professional observatory in the continental United States,” said Dr. Tom Barnes, McDonald Observatory Superintendent. “The sky out here makes this a great place for big telescopes and research. For years, we’ve put on public programs and worked with schools to bring the wonders of the universe to as wide an audience as possible. Now we want to share the message that dark skies are what makes our work possible, and preserving dark skies is worthwhile for everyone.”

Light pollution isn’t only a problem for astronomers and skywatchers. The International Dark-Sky Association estimates Americans lose $10 billion each year paying for light that is wasted — as it’s shone into the sky, instead of down on the ground where it’s needed. This wasted light isn’t making people safer in parking lots and outside their homes. And this unusable light is powered by wasted electricity, unnecessarily adding thousands of tons of carbon dioxide into the atmosphere annually.

McDonald Observatory’s dark skies efforts are funded by a gift from Premack.com of San Antonio.

“It’s important to us to get the word out about correcting light pollution, about how you can take action to preserve dark skies, and about how you can save money by using responsible lighting,” Ruthie Premack said.

“This is not only a problem for astronomers, but for everyone — for wildlife and for people who live in cities where the dark skies are drowned out by wasted light,” Paul Premack said. “You can make a difference by being wise about the kinds of lighting you use to light the outside of your homes, and by supporting city and county lighting ordinances.”

For many years, McDonald Observatory has worked with nearby communities like Jeff Davis County, Marfa, and Alpine on lighting ordinances to keep skies dark and streets safe.

The Premacks’ donation also helps to fund summer programs for Boy Scout groups at McDonald Observatory. The programs will include a demonstration of best lighting practices, and Scouts will receive red flashlights that preserve dark-adapted vision for skywatching.

As well, the half-dozen workshops for K-12 teachers held at the Observatory this summer will include dark skies information, best-practices lighting demonstrations, and provide red flashlights to about 100 teachers.

Facilities information: Established in 1932, The University of Texas at Austin McDonald Observatory near Fort Davis, Texas, hosts multiple telescopes undertaking a wide range of astronomical research under the darkest night skies of any professional observatory in the continental United States. McDonald is home to the consortium-run Hobby-Eberly Telescope, one of the world's largest, which will soon be upgraded to begin the HET Dark Energy Experiment. An internationally known leader in astronomy education and outreach, McDonald Observatory is also pioneering the next generation of astronomical research as a founding partner of the Giant Magellan Telescope. 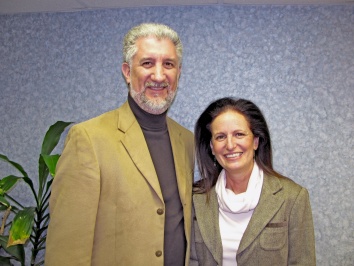