AUSTIN, Texas — Dr. Mary Kay Hemenway has been awarded the 2009 AAS Education Prize by the American Astronomical Society (AAS), the major organization of professional astronomers in North America. Hemenway is a Senior Lecturer and Research Associate at The University of Texas at Austin. She received the award at the 215th meeting of the Society in Washington, DC in January.

The award stated that the prize was presented to Hemenway “for her leadership and dedication to astronomy education and improvement of K-20 science education at the state and national level throughout her career. For her tireless contribution to developing a new generation of astronomy educators at universities, through NASA programs, and in informal settings. For her significant service to the community as Education Officer of the American Astronomical Society from 1991-1997, and especially as Secretary to the Board of the Astronomical Society of the Pacific since 1999. For her unique contributions to K-14 teacher training in astronomy at the McDonald Observatory.”

In receiving the award at the AAS annual banquet last month, Hemenway thanked her family, her own teachers, her colleagues, the many astronomers she has worked with on outreach projects, NASA and the National Science Foundation for funding science education projects, and “the hundreds of K-12 teachers who have provided me with an outstanding education in the best educational practices.”

Hemenway received her Bachelor of Science in Physics degree from Notre Dame College of Ohio in 1965, and Master of Arts (1967) and Ph.D. in astronomy (1971) from The University of Virginia.

Recently, she served on the International Astronomical Union's Working Group for the 2009 International Year of Astronomy, which was celebrated in more than 140 countries last year. For many years, she has worked with the University of Texas at Austin’s McDonald Observatory Education and Outreach Office helping design and implement both teacher and student programs for the Observatory’s Visitor Center in Fort Davis, Texas. Additionally, she has served as Director of Educational Services Office the University’s astronomy department almost continuously since 1980.

Hemenway is the recipient of many federal grants for projects in science education. In addition to co-authoring a book and publishing papers in professional journals, she has extensive experience as a science education consultant with school districts and publishers. She frequently presents workshops to teachers at meetings such as Texas’ Conference for the Advancement of Science Teaching (CAST) and annual conferences of the National Science Teachers’ Association (NSTA). 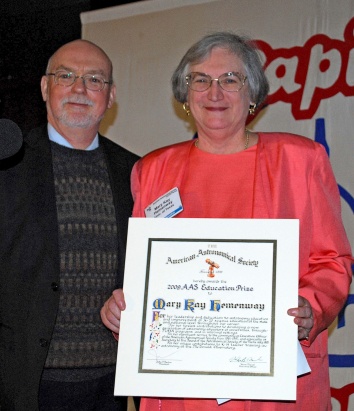 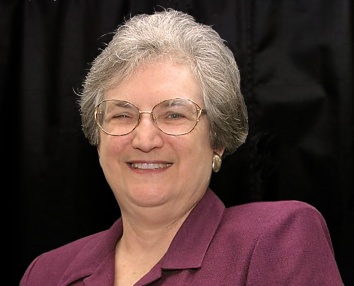