Texas Cosmology Center Established at The University of Texas at Austin

AUSTIN, Texas — A new interdisciplinary center for the study of the frontiers of the universe, from the tiniest subatomic particle to largest chain of galaxies, has been formed at The University of Texas at Austin.

The Texas Cosmology Center will be a way for the university’s departments of astronomy and physics to collaborate on research that concerns them both. “This center will bring the two departments together in an area where they overlap — in the physics of the very early universe,” said Dr. Neal Evans, astronomy department chair.

Astronomical observations have revealed the presence of dark matter and dark energy, discoveries that challenge our knowledge of fundamental physics. And today’s leading theories in physics involve energies so high that no earth-bound particle accelerator can test them — they need the universe as their laboratory.

Dr. Steven Weinberg, Nobel laureate and professor of physics at the university, called the Center’s advent “a very exciting development” for that department. “Many of us have felt that cosmology, because of the wonderful progress on the observational side, has the kind of excitement we used to find in elementary particle physics,” he said. “Many of us have shifted our work toward cosmology. We intend to participate fully in the Texas Cosmology Center.”

Dr. Eiichiro Komatsu, associate professor of astronomy, will be the Center’s director. He explained that the Center will include faculty from both departments, and the initial funding allocated to the Center will be able to support four post-doctoral researchers, two for each department. He said he intends to seek external funding for more support.

“Our goals are to do great science in both theory and observations. The Center will help make HETDEX a successful experiment,” Komatsu said. “The fastest way to get there is to increase the number of active and enthusiastic researchers, such as post-docs. When we add more people, activity and productivity tend to increase exponentially. You get a critical mass.”

HETDEX is the Hobby-Eberly Telescope Dark Energy Experiment, a project to study the nature of dark energy, that mysterious force that is causing the universe’s expansion to speed up. The experiment will use the Hobby-Eberly Telescope, one of the world’s largest telescopes, located at the university’s McDonald Observatory in West Texas. The project is led by McDonald Observatory, with Texas A&M as one of the four partners.

The new Texas Cosmology Center has funding from several sources within the university: the Office of the Executive Vice President and Provost, The College of Natural Sciences, McDonald Observatory, the Department of Astronomy, and the Department of Physics.

“The funding will support post-docs and graduate students, and bring in visitors from other institutions to collaborate with us in both physics and astronomy,” Evans said. “There is already a loose network of people that study cosmology at universities in Texas — this center will provide a meeting place for them.” 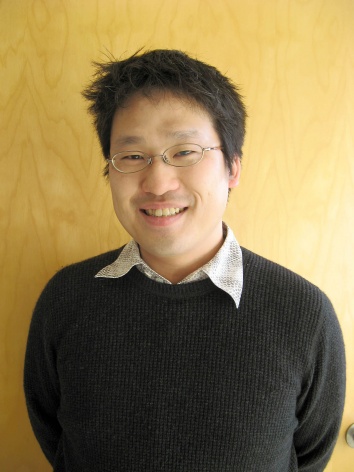