LAREDO, Texas — In celebration of the International Year of Astronomy, the Lamar Bruni Vergara Planetarium at Texas A&M International University in Laredo will host a speaker event at 7 p.m. on Saturday, March 7, featuring McDonald Observatory astronomer Don Winget. A free star party will follow the talk.

Winget, the Harlan J. Smith Centennial Professor in Astronomy at The University of Texas at Austin, will present “The Scale and Contents of the Universe: Old Stars Shed New Light on Dark Matter.” Winget will reveal how he uses the study of white dwarf stars for diverse avenues of research, ranging from the physics of matter at high temperatures and densities to galactic structure and cosmochronology.

Immediately following Winget’s talk, attendees are invited to stay for a star party, where visitors can get personal, telescopic tours of the heavens.

Winget will be the first presenter in a statewide speaker series coordinated by The University of Texas at Austin and Texas A&M University. Astronomers will travel to a number of cities in Texas to deliver free talks on astronomy, IYA, Galileo and astronomical research.

Winget’s research includes his 1981 prediction and discovery of a new class of pulsating variable stars, making the first direct measurement of stellar evolution in 1985, developing a new method for measuring the age of a galaxy and the co-founding of the Whole Earth Telescope.

Organizers of the International Year of Astronomy encourage citizens to explore the skies in celebration of the 400th anniversary of Galileo’s first astronomical use of a telescope in 1609. The International Astronomical Union launched 2009 as the International Year of Astronomy (IYA 2009) under the theme “The Universe, Yours to Discover.” IYA 2009 is a global celebration of astronomy and its contributions to society and culture, with a strong emphasis on education, public engagement and the involvement of young people.

Winget’s presentation is free and open to the public. For more background on Winget and a detailed calendar of the IYA speaker series, please visit: http://mcdonaldobservatory.org/iya/series. 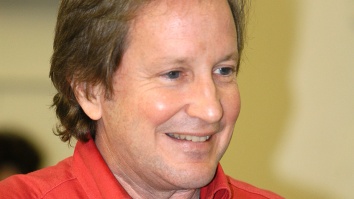