FORT DAVIS, Texas — University of Texas at Austin astronomer and Hubble Fellow Seth Redfield has used the Hobby-Eberly Telescope (HET) at McDonald Observatory to make the first ground-based detection of the atmosphere of a planet outside our solar system. This research has been accepted for publication in an upcoming issue of Astrophysical Journal Letters.

The work is an incremental step in finding life in the universe, falling between the initial detections of planets around other stars (known as “extra-solar planets” or “exoplanets”), and the anticipated discovery of planets similar to Earth.

“What we all want to find is a planet with an Earth-like atmosphere,” Redfield said.

The planet Redfield studied orbits HD189733, a star about 63 light-years away in the constellation Vulpecula, the little fox. But it’s not like Earth. The planet is 20 percent more massive than Jupiter, and orbits very close to its parent star (more than 10 times closer than Mercury is to our Sun).

From Earth’s line of sight, the planet passes directly in front of the star on each orbit. That means this planet, HD189733b, is what’s known as a “transiting extra-solar planet.” It was this “transit” property that allowed the planet’s discovery in 2004 by Francois Bouchy of France’s Laboratoire d’Astrophysique de Marseille, and the detection of its atmosphere in 2007 by Redfield.

Astronomers have only once before detected the atmosphere of a planet orbiting another star in such a way, using a now inoperable instrument on Hubble Space Telescope, the Space Telescope Imaging Spectrograph (STIS).

“STIS broke soon after the detection, and there was no capability to do this from space. Ground-based observations are the only option at this time,” Redfield said.

The feat has been tried unsuccessfully several times from the ground in recent years, he said. In most cases, astronomers had studied their target stars through only one transit.

“I knew we had to take it one step further,” Redfield said. “I knew that we would probably have to go for many transits” to detect the atmosphere. He studied 11 transits over the course of a year with HET and its High Resolution Spectrograph.

To obtain the planet’s ‘transmission spectrum,’ and thus the chemical composition of its atmosphere, he used what he called “a very straightforward” technique.

Straightforward, but not easy. The light blocked by the planet is a mere 2.5 percent of the star’s total light, plus another 0.3 percent for the planet’s atmosphere.

It was predicted that sodium atoms should be present in the atmosphere. The atmosphere of the planet will absorb more starlight at those wavelengths that correspond to specific transitions of the sodium atom.

“This causes the planet to appear larger, since we now ‘see’ the planet plus the atmosphere, and we measure more blocked light from the star,” Redfield said.

When studying the planet at the particular wavelength of the sodium transition, the planet appears about 6 percent larger than at other wavelengths. The detection of sodium was possible because there’s a lot of it there, and the atomic transition is strong and falls within the visual range that ground-based telescopes can detect.

“Many other atomic and molecular constituents of the atmosphere may be studied in a similar way, including potassium and hydrogen,” Redfield said.

“I look forward to the detection of other gasses around this planet,” Lambert said. And, “I wish every success for Seth as he chases oxygen, water vapor and other molecules — indicators of life — around planets far more accommodating to life than this one.”

The data analysis involved studying hundreds of observations spread over a year, taken under different conditions. Redfield and his collaborators removed contamination to the data caused by water vapor in Earth’s own atmosphere, modeled how the star itself may have contributed to their measurements, and more, to make sure their detection was sound.

In the end, the extra-solar planet’s "transmission spectrum" from HET was much higher resolution than that previously made with Hubble Space Telescope on a different planet.

“It is just breathtaking how fast the progress in the field of exoplanets is,” said Redfield’s collaborator, Michael Endl. “We have arrived at a point where we can study the composition of the atmospheres of ‘hot Jupiters’ in great detail. The HET is not only a planet finder now, but also a great tool to examine the atmospheric features of transiting extrasolar planets with unprecedented resolution. I can’t wait to see how the results for the other planets will compare to our initial findings.”

Redfield said HET can study the atmospheres of many of the brightest transiting planets.

The Hobby-Eberly Telescope is a joint project of The University of Texas at Austin, The Pennsylvania State University, Stanford University, Ludwig-Maximilians-Universität München, and Georg-August-Universität Göttingen. 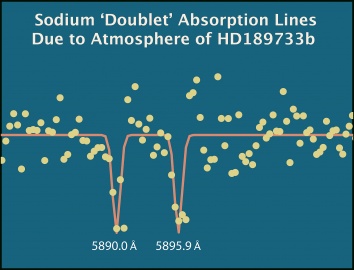 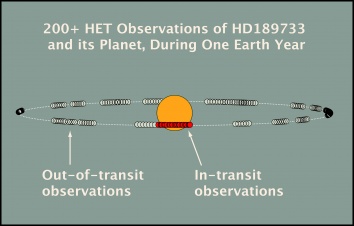 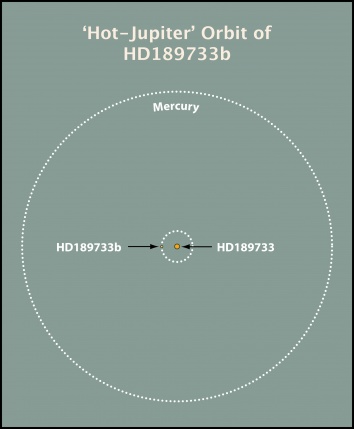 The 'Hot-Jupiter' Orbit of an Extrasolar Planet 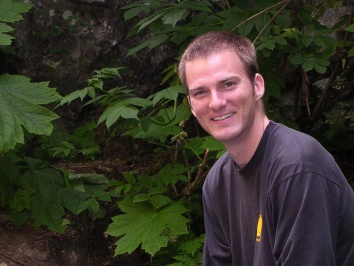