FORT DAVIS, Texas — Astronomers are studying two sites at McDonald Observatory to find the prime location for a new federally funded telescope. Called the CCD Transit Instrument II (CTI-II), the 1.8-meter telescope will be part of the federal “NESSI” program — the Near Earth Space Surveillance Initiative.

The NESSI program is being funded by federal appropriations to The University of Texas at Austin, The University of New Mexico, and the Air Force. U.S. Rep. Henry Bonilla (R-Texas) sponsored the appropriation. Mr. Bonilla represents the 23rd Congressional District, which encompasses much of West Texas, including McDonald Observatory.

“The important discoveries being made by researchers at the McDonald Observatory are improving the lives of so many here on Earth,” Congressman Bonilla said. “I have been working for many years on obtaining this new technology for the McDonald Observatory which will vastly enhance its research potential and competitiveness, while providing quality jobs for the people of West Texas.”

He continued, “I am proud that my position on the Appropriations Committee has allowed me to secure funding for this project each year. I am also tremendously excited that this Near Earth Space Surveillance Initiative will benefit students who are the future of America’s scientific community.”

The identical site testing stations for the CTI-II telescope have been set up on both Mount Locke, which houses most of telescopes at McDonald Observatory, and Mount Fowlkes, the adjacent peak that houses the Hobby-Eberly Telescope.

Dr. John McGraw of The University of New Mexico is the project manager. He explains that not all sites are the same. “Studies have shown that moving a telescope by as little as the length of a football field can significantly affect its imaging capability,” he said.

Each of the two test sites includes a weather station to record wind speed and direction, humidity, and atmospheric pressure; a 40-foot tower to record tiny variations in atmospheric temperature and air turbulence; and a remotely controlled telescope dome called a RoboDome, which houses an off-the-shelf 10-inch telescope, outfitted with specialized optics and digital cameras to allow measuring image disturbances caused by Earth’s atmosphere 20 times per second.

McDonald Observatory will provide routine maintenance for The University of New Mexico RoboDome telescopes and other equipment at the two test sites.

“The RoboDomes were installed in the first week of May,” McGraw said. He explained that the telescope at each of the two sites will study the same star, at the same time, all night, as University of New Mexico astronomers monitor the telescope operations from their offices in Albuquerque. Then, the observations will be compared.

“The sites have all kinds of wind and weather variations,” McGraw said. “This is a method of making a legitimate choice. Hopefully within a few months, the RoboDome data will tell us a preferred site. We’re on track to make a decision by fall.”

After the site is chosen, a groundbreaking ceremony for the 1.8-meter CTI-II telescope will soon follow.

The telescope is being designed and constructed at The University of New Mexico prior to shipping it to McDonald Observatory, where is will make some of the most precise measurements of the sky ever made. McDonald Observatory’s clear dark skies are ideal for this type of long-term measurement. The data from this telescope will support many additional astronomical projects, including providing training for Texas and New Mexico students.

A 2004 press release with background information is available online here. 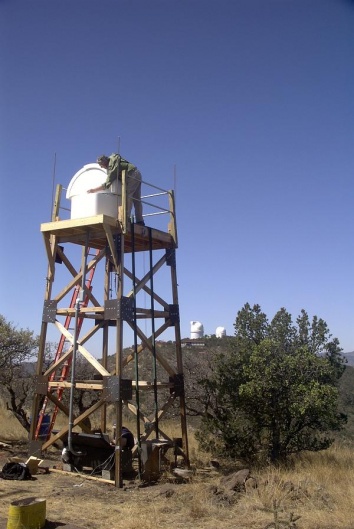 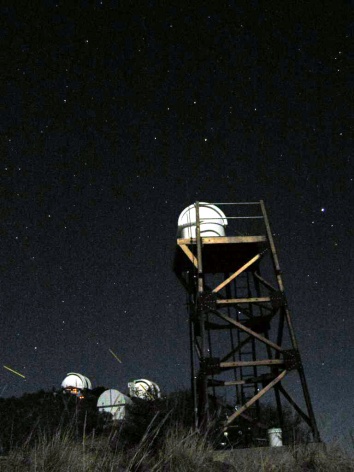 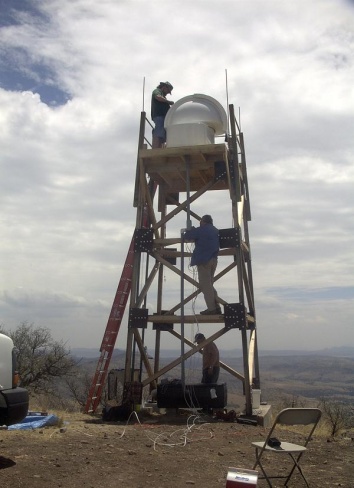