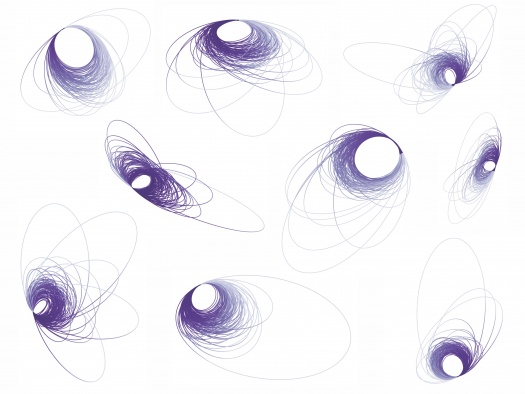 By patiently watching giant planets and brown dwarfs orbit their host stars, Bowler and his team were able to constrain the orbit shapes even though only a small portion of the orbit has been monitored. The longer the time baseline, the smaller the range of possible orbits.  These plots show nine of the 27 systems from their study. Credit: Brendan Bowler (UT-Austin)